PS3 Concepts, Some of these are pretty KOOL!

Theres more at the site

I just read somewhere that sony's processor for the PS3 going to work at 4.6ghz.
Click to expand...

The developers say it is a super computer on a chip!!!
Click to expand... 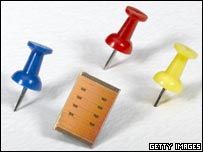 What no one has mentioned yet is that the PS3 is planned to have 4 cell processors in it, meaning that by today's standards it would be classified as a supercomputer.
Click to expand...

In the number-crunching environment of the International Solid State Circuits Conference at San Francisco recently, an otherwise slow event was blown away by two revelations.

Firstly Sony, in conjunction with IBM and Toshiba, disclosed their design for the 'Cell' chip which will drive the PS3 as well as the next generation of uber-powerful PC's.

Secondly Sony revealed that the PS3 will be displayed to the world before E3 (Electronic Entertainment Expo) in May.

Although no date was confirmed a Sony of America representative did say that it won't be as early as the Game Developer's Conference in March.

The Cell has been in development between Sony, IBM, and Toshiba for the last 3 years and figures show it to be 10 times faster than any current processor, running at a staggering 4GHz.

The Cell is constructed of eight computing cores, instead of a single-core design favoured by most moden chips. This enables the Cell to carry out 10 seperate sequences at exactly the same time.Meaning a PS3 would be able to make 10 different decisions in less time than the fastest PC chip could make one.

"With Cell opening a doorway, a new chapter in computer science is about to begin."

"Today we see the tangible results of our collaboration: an open, multicore, microprocessor that portends a new era in graphics and multi-media performance."

With Cell ready to start production in Nagasaki, Japan and New York later this year, PS3 could be here sooner than many have predicted.
Click to expand...

YUK! I hope they don't go back to the tray loaders I REALLY hated that on my OLD PS2

(AP) Ken Kutaragi, president and CEO of Sony Computer Entertainment Inc., holds up a prototype of the...

The new machine, set for release in the spring of 2006, is about the same size as the current generation PlayStation 2 but has a more rounded look. Besides black, the PS3 will be available in silver and white.

"The PS3 is truly is a system to be placed in the center of the living room," said Ken Kutaragi, creator of the original PlayStation console as well as the more recent PlayStation Portable handheld.

Prices or a specific lineup of games that will be available were not were not provided, though Sony showed off numerous demonstrations of games in development.

The PS3 will use the Blu-ray disc format, capable of holding 50 gigabytes of information, which is about six times the capacity of existing DVDs, as well as slots for memory cards, a detachable hard drive and Bluetooth wireless for up to seven wireless controllers.

The PS3 also will be able to run the thousands of games available for the older PS2 and PS1, officials said.

One demonstration PS3 game showed a fiery battle between a soldier and a robot in an intricately detailed futuristic city. Individual tattoos and bits of blood could be seen on the warrior's face, while shafts of light beamed down from the rafters of a metallic corridor.

The announcement comes two days ahead of the Electronic Entertainment Expo, an annual industry gathering in Los Angeles.


Microsoft said it would begin selling Xbox 360 in North America around Thanksgiving, and Europe and Asia by the end of the year.

No pricing details have been announced on any of the systems.

In 2004, Sony's older PlayStation 2 led the U.S. console wars with 43 percent of the market, according to Jupiter Research. The original Xbox was a distant No. 2 with 19 percent, followed by Nintendo's GameCube at 14 percent. The remainder included handheld game systems.

But by 2010, Xbox 360 would grab the lead with 38 percent of the market, followed by Sony with 32 percent and Nintendo with 22 percent, Jupiter forecasts.

Microsoft is taking an entertainment hub approach with Xbox 360.

The curvy, white machine plays DVD movies and lets users listen to music, view photos and do real-time video chats with friends and relatives around the world.

yesterday unveiled its new PlayStation 3 -- part of the company's bid to dominate not just video gaming, but also the whole home entertainment industry.

In addition to games, the console will offer Internet access, video calling and music and video playback.

Games will be stored on Blu-ray disks, which can hold six times as much information as a DVD.

The PS3 also will have a hard drive for storing games, pictures, music and video footage.

It will play CDs and DVDs too.

Sony's gaming head Ken Kuturagi said: "This is a system to be placed in the center of living rooms around the world."

Two companies with some of the deepest pockets in the world -- Microsoft Corp.(Nasdaq:MSFT - news) and
Sony Corp.<6758.T -- are building new consoles, creating new levels of opportunity and risk for game makers.

At this week's Electronic Entertainment Expo, the video game industry's annual trade show known as E3, the immense cost of creating games with movie-quality graphics and unparalleled processing speeds was seen potentially wiping out some companies.

"Some developers are scared. They are as white as ghosts," said Ankarino Lara, a director of online gaming site GameSpot.

Within the next 18 months, Microsoft, Sony and
Nintendo Co. Ltd. (7974.OS) each plans to launch its next generation game console, Microsoft's
Xbox 360, Sony's PlayStation 3 and Nintendo's Revolution.

That raises the technology bar for every developer in the $10 billion industry, and some may not be able to pay the hefty price.

The development cost of a high-end game, now about $10 million, could rise to $15 million to $20 million in the next five years, said Doug Lowenstein, president of industry trade group Entertainment Software Association.

"I think any developer or publisher without a lot of capital is not going to be very successful competing in the next five years of this market," he said. The industry defied one business trend, he added: "When we introduce new technology, it becomes more expensive to compete."

Even the world's largest game publisher Electronic Arts Inc. (Nasdaq:ERTS - news) said it is feeling the pinch on its earnings.

"If you look at the balance sheet and profit and loss numbers, it doesn't always look that pretty. We're spending an awful lot of money right now to do all the heavy lifting," said John Schappert, the head of EA's biggest game studio.

The ability to make those investments could ultimately widen the gap between big players like EA and a huge community of small privately owned developers ill prepared to handle the ups and downs of a hit-driven industry.

But that would just be a case of history repeating itself.

Once proud names like Japan's Hudson Soft, known for classic games like "Bomber Man" and "Bonk's Adventure," and U.S. publisher Acclaim Entertainment Inc. are cited by analysts as victims of the previous console cycle.

Konami Corp. (9766.T) agreed to acquire Hudson Soft last month, while Acclaim filed for Chapter 7 bankruptcy in 2004 after a series of disappointing software titles that failed to match the popularity of past hits, such as "NBA Jam."

The cost of creating next generation games, and the risk of an expensive flop has drawn parallels to another pillar of the entertainment industry, Hollywood.

"It's going to become like the movie industry. Game publishers will spend big money. If something looks mediocre, then it will be killed even it's already in development," said Naoya Tsurumi, chief executive of Sega of America Inc.

But similar to Hollywood, good talent is in high demand.

Most major game publishers are out shopping for game developers that can maximize the power and speed of the new consoles along with the ability to create games that appeal to what is expected to be a larger, more diverse audience.

Activision Inc. (Nasdaq:ATVI - news) said it plans to increase the number of in-house game developers by up to 30 percent from 1,000 this business year.

"This industry has grown so quickly. There are not enough bodies out there to fulfill all the development needs," said Kathy Vrabeck, president of Activision Publishing.

"A key member to add to the team is a very good accountant," said Woo.

E3: No graphics update for FFXI on Xbox 360
http://www.gamesindustry.biz/content_page.php?aid=9054

E3: PS3 will be cheaper to start developing for than PS2
http://www.gamesindustry.biz/content_page.php?aid=9053

E3: SCEE's Phil Harrison talks PlayStation 3
Only days after the unveiling of Sony's next-generation PlayStation stunned the industry, GamesIndustry.biz sat down with Sony Computer Entertainment Europe's executive VP of development, Phil Harrison, to find out more about the hardware, the demos - and what, exactly, was running in real-time.
http://www.gamesindustry.biz/content_page.php?aid=9051

A gaggle of new games for Xbox 360
Search | com.com

Xbox 360 Retail Price Could be Higher than Expected
http://www.nforcershq.com/article2961.html

Which color you think your going to get it in?
A

Whoah the silver PS3 is from the future like flash gordon stlye i love it. :worthy: Sony time machine & personal cloner next? i can't wait!

I'm not aloud to get it. I was told to go over someone elses house! It plays all the old games!
D

Man that could sit in an episode of star the next gen and not be out of place. I hope it plays as good as it looks.


Mine has to be a sleek black ps3.

dodge50 said:
Man that could sit in an episode of star the next gen and not be out of place. I hope it plays as good as it looks.

King Kovifor said:
I don't know which color i'd want....
Click to expand...

I like the brushed metal version. Of the three it's the only one that stands out a bit.

I don't like the controllers. They are so... weird. You?