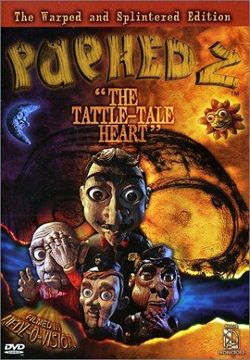 The little puppets known as the Puphedz have done a play based on the classic Edger Allen Poe tale, except this one is called the Tattle-Tale Heart. When a puphed kills and buries an old man who has a weird looking eye, things start to go terribly wrong when the old man’s heart starts to beat. The police come to investigate the murder and as the puphed tries to get rid of the police, the heart starts to beat from underneath the floor.

This was quite an amusing tale. It wasn’t very long at all, in fact it is barely 30 minutes. Instead of making it scary, they decided to make this more of a comedy. It’s Edger Allen Poe’s classic story brought to life by these puppets. The police in this movie were the funniest things about this film and the ending is definitely something worth checking out. If you’re a fan of independent film, check this film out.
Click to expand...

S
Heart of the Beholder