NASA Picture Of The Day
Ready to Roll 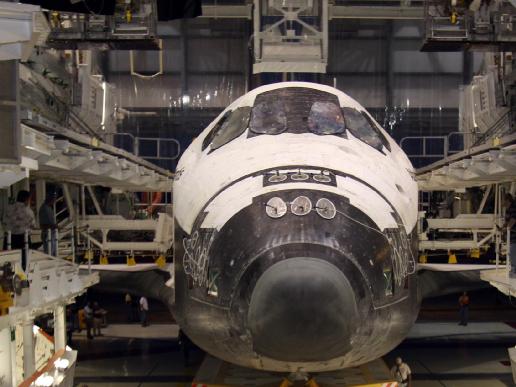 In the Kennedy Space Center's Orbiter Processing Facility-1 in Florida, workers prepared space shuttle Atlantis to move from its hangar to the transfer aisle inside the nearby Vehicle Assembly Building. Subsequently, the shuttle was rolled to the launch pad in anticipation of its Nov. 12, 2009, launch on the STS-129 mission to the International Space Station. Image Credit: NASA/Jack Pfaller (More at NASA Picture Of The Day)

Space Rolling to the Start