NASA Picture Of The Day
Reflections 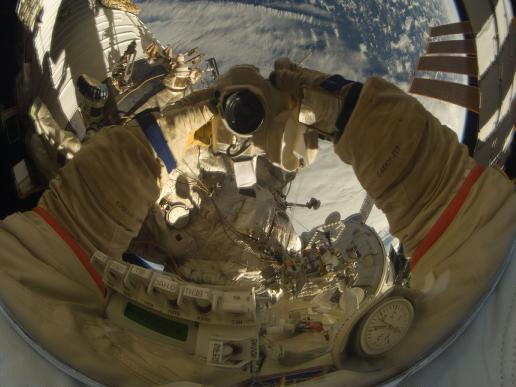 Expedition 22 flight engineer Oleg Kotov used a digital still camera to take this self-portrait during a January 2010 spacewalk. Also visible in the reflections of his visor are various components of the station and the Earth below. During the spacewalk, Kotov and cosmonaut Maxim Suraev (out of frame) prepared the Mini-Research Module 2 (MRM2), known as Poisk, for future Russian vehicle dockings. Suraev and Expedition 22 commander Jeffrey Williams were the first to use the new docking port when they relocated their Soyuz TMA-16 spacecraft from the aft port of the Zvezda Service Module on Jan. 21. Image Credit: NASA (More at NASA Picture Of The Day)