Sci-Fi Reinventing the Space Opera: The World of Nastragull 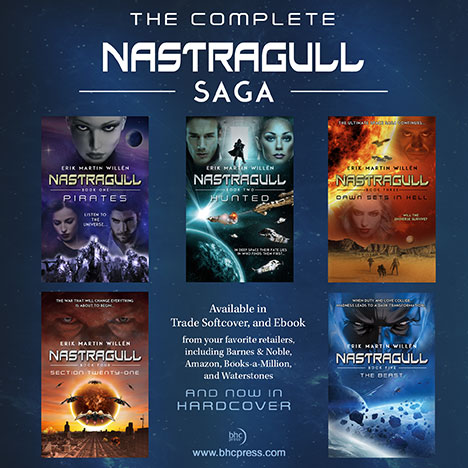 The next instalment in my science fiction series is now available; e-book, soft and hard back.

As Alexa and her friends struggle to escape from a moon-sized habitat in the lawless Gala system, the universe's major powers are gearing up for total war. Marengo, the largest and richest inhabited planet in the universe, is under blockade. Tens of millions have already died in border skirmishes between Florencia, Nastasturus, and the organized pirate clans. Then there's Alec von Hornet's independent Section 21, anchored by the militant Grisamm Order and disenchanted elements from all the other powers.

After surviving the most horrendous torture ever devised, Alec was forced to accept Alexa's tragic death. Those experiences, combined with the universe's voice in his head, have him teetering on the edge of madness. Now Alexa has been reported alive. Torn between duty and love, Alec begins his transformation into the dark, malevolent entity that posterity will someday call…The Beast. 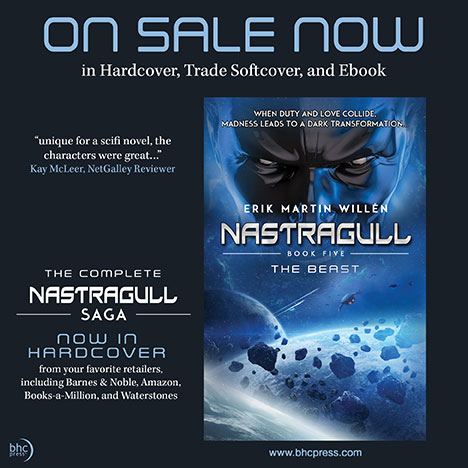 Read a sample: The Beast (Nastragull #5) by Erik Martin Willén

Thank you for your time and take care of yourself.

We've got zombies and space operas--