Where You've Seen Her:
Stewart most recently had a cameo in Jumper,
but you’ll most likely recognize her from
Into the Wild, Zathura, The Messengers
or Panic Room.

Coming Soon:
This multi-genre actress will star in the upcoming flicks
Welcome to the Riley’s and Adventureland as well as taking a lead role in
the horror/romance Twilight.

This natural beauty, born in Colorado and raised in Los Angeles,
has come a long way since co-starring with Jodie Foster in Panic Room
when she was just 12.
Her performances have already caught the eye of many critics
but it is her role as the teenager who falls for a vampire in
Twilight that will make her a household name.

Is an avid surfer.

Has an older brother named Cameron. They both live with their parents in the Los Angeles area.

Her father is John Stewart, a TV Producer who works at FOX TV. Currently co-producing "On-Air with Ryan Seacrest" (2004).

Shares her birthday, April 9, with actor Dennis Quaid who played her father in Cold Creek Manor (2003).

Born in Los Angeles, California and then spent some of her early years in Colorado and has moved back to Los Angeles where she currently resides with her parents.

Out of her generation of fellow actors she greatly admires Heath Ledger and Evan Rachel Wood.

Supporter and member of the Red Cross National Celebrity Cabinet.

Had to wear brown contact lenses for "Twilight" because she has naturally green eyes when Bella's eyes are supposed to be brown.

Although born in Los Angeles, she was raised during some of her early years in Colorado. She moved back to LA in 2006, where she resides with her parents.

Likes some classic rock bands such as Led Zeppelin and Cream.

Her mother is a Script Supervisor, who hails from Australia.

Wants to go to college to major in literature.

Has 3 dogs: Oz, a border collie mix, Jack and Lily who are mutts.

Favorite horror movie is "The Shining".

Started competing in surfing competitions with Kellan Rhude after meeting at the premier of Jumper (2008).

During the filming of the 'Prom scene' of twilight, she told director Catherine Hardwicke that she didn't like the music so suggested the song 'Flightless Bird, American Mouth' and it replaced the original songs and was put onto the soundtrack.
Click to expand... 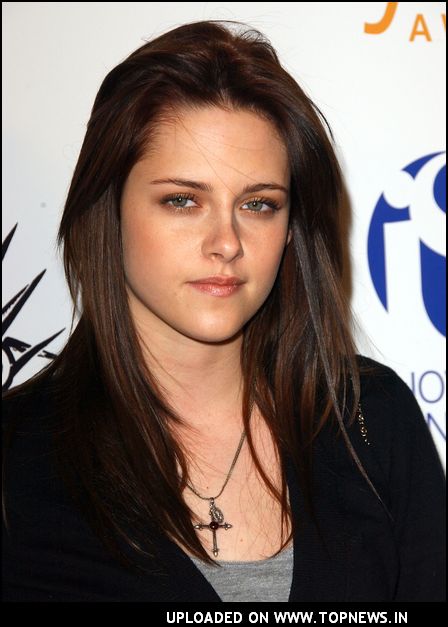