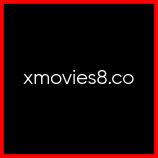 In a not-too-distant future where every aspect of society is controlled by machines, terrorism has forced the state to institute martial law. While performing a routine check in a high-rise apartment, a well-armed police officer and her android partner discover that something is causing the buildings' residents to "malfunction," forcing them to fight their way out. However, as they investigate the malfunction further, they uncover a secret that the government would do anything to cover up.

Superheroes They Call Me Jeeg Robot (2015)