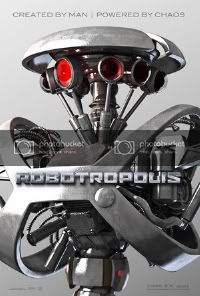 It's always good to see that despite our efforts to scour the interwebs for obscure awesomeness, we're still surprised daily. Enter Robotropolis written and directed by Star Trek: The Next Generation, writer-director Christopher Hatton. And no, this isn't one of those projects that "in development" that never actually ever gets made. The film is already in post production!

Synopsis:
A group of reporters are covering the unveiling of a new facility that is completely maintained by robot prototypes. When one of the robots goes haywire, the reporters find themselves not just reporting on the malfunction, but fighting for their lives.

According to Twitch, Boku Films are producing (The Host 2).
Click to expand...