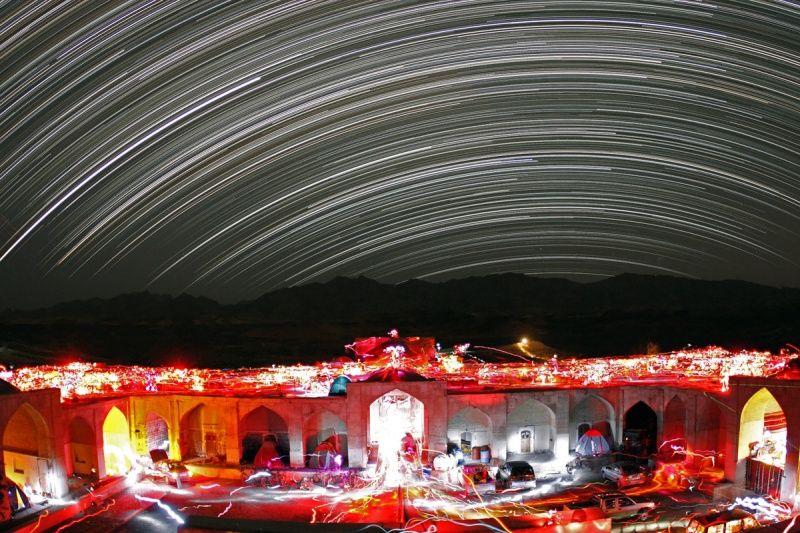 Explanation: Gripped by an astronomical spring fever, many northern hemisphere stargazers embark on a Messier Marathon. Completing the marathon requires viewing all 110 objects in 18th century French astronomer Charles Messier's catalog in one glorious dusk-to-dawn observing run. As daunting as it sounds, there are often favorable weekend dates for completing the task that fall on nearly moonless nights near the March equinox. This colorful, six hour long time exposure of a group dedicated to running this year's Messier marathon includes celestial star trails along with terrestrial lighting trails from about 200 amateur astronomers. It was recorded from the isolated, ancient Bahram Palace in northern Iran's Kavir National Park. Astronomer and former Messier Marathon organizer for the ASIAC Babak Tafreshi offers this intriguing time-lapse movie (2MB wmv file) of the event.