I originally wanted to make this post a tribute to the scary monsters that mankind has created for film and TV. So I did some searches. I found that all the popular hits for scary monsters leads me to lame and funny sites. It seems that people don't make tributes to the most fearsome scary monsters. They seem to look for ways to poke fun at the terms instead of addressing the issues of fear and terror.

So with this in mind, I ask of you:

Where are the truly terror filled scary monster sites?

Where are the pictures of monsters that are sure to send a shiver up your spine?

I have a few in mind - Let me see if I can find anything on specific searches. Staff member
There are really only two creature scenes that are deeply embedded in my psyche.

Picture 1979... Margret Thatcher is the first woman PM of Britain, the Dukes of Hazzard is a new TV show, Three Mile Island could melt down, Voyager is visiting Jupiter, Chrysler is getting bailed out. Me? I'm nine years old. My Mom decides it'd be a treat to take the kids to a movie. Since my brother & I were into sci-fi stuff she takes us to see the nice family friendly movie named Alien. Let's just say that aliens bursting out of a guys chest at the dinner table isn't something most nine year olds should be watching. Now of course I watch the movie without even blinking but back then, in 1979, that was the closest I ever came in my life to screaming while watching a movie.

The other scene that I'll always remember is the Kurt Russel remake of The Thing when the severed head spouts legs and runs away. The first time you see something like it is really freaky.
D

The dog and the last monster pic are creepy looking.

Writer
I recognize The Thing, but what are the other two? YUK! 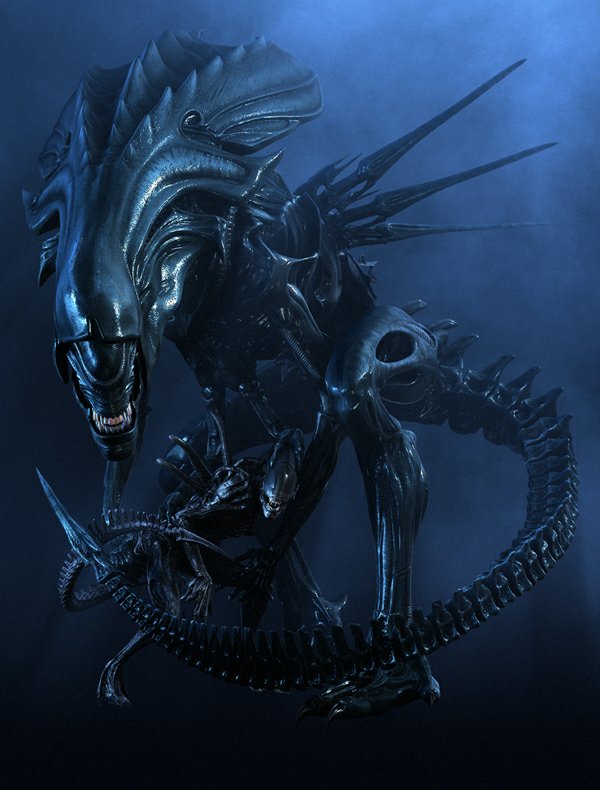 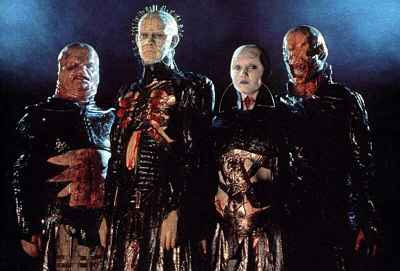 All neat, I was going to mention "Pumpkin Head" also.
"Doors locked, and windows barred, guard dogs in the yard. Won't protect you in your bed....Nothing will, from Pumpkin Head."
"Stay away from Pumpkin Head, unless yer tired a livin. His enemies is mostly dead, cause he's mean an unforgivin."

There was a monster in an obscure movie called "Galaxy of Terror". It stared Erin Moran (Joanie) & others, and it had a monster that disturbs me till this day.
A man was being lowered into a cavern (I know, as stupid as running upstairs to get away), but it unleashed tentacles with pads (like a squid?) which latched onto him to suck all the "goodie?" out of him. He managed to pull his knife and sever a few of them, but they kept coming. The next scene was him hanging there, quivering as multiple numbers of these things were making slurping noises and basically draining him of whatever they found tasty. Yeesh!

There was also an even more obscure "Creature Feature" that had an Alien Hunter (big 8+ foot tall thing) that was discovered when the normal "Teenagers" happened across an out-building where someone had his victims hanging upside down as trophies (a theme repeated before & since) who used small (rubber vomit?) looking things that he threw (like Frisbees) (with teeth in the middle) to attach to people to again eat there way in and cause death. I remember this one because the hero(s)(tough guy(s) got offed, Another "Black" ending. For the life of me, I can't remember the name, but the impression it left.....is permanent!

There are many creatures that I am looking for that I just can't find. Either because the images are not on a website or because I don't recall the name of the movie to search.
I'm still looking tho.

That queen alien and her baby is most awesome. I would so put that in my entertainment room if it were 15 feet tall 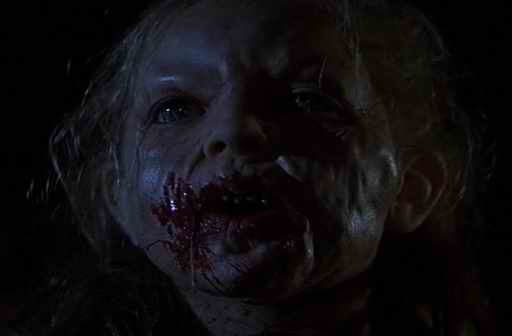 Does anyone have a picture of the 2001 She-Creature?

Staff member
Why does the Independence Day alien have a knife sticking out of it's thigh?

I think that is a picture of a real life sculpture or prop and that is a handle not a knife. The CHUD and the Zuni Doll still scares me A
EXCERPT: Taken from chapter two- Jack The Monster.