Science Fiction for Kids: The Adventures of Thelonious

Writer
Science Fiction for Kids: The Adventures of Thelonious

"In ancient times human beings ruled the Earth -- at least that's what the old legends claim. But is it true?" - Thelonious Chipmunk, from The Travels of Thelonious

It’s a familiar theme for science-fiction fans: all civilization and the entire human race is destroyed by conflict or disaster. Then intelligent animals arise to dominate the world. But soon those new masters of the Earth begin making the same mistakes as their human predecessors. Of course, The Planet of the Apes is probably the most famous example of such stories, the novel and both the original 1968 film starring Charlton Heston (co-authored by Twilight Zone’s Rod Serling) and the crazy-fast-action Tim Burton remake of a few years back. Comic book fans may also recall Jack Kirby’s long-running DC series Kamandi – The Last Boy On Earth, where "Beasts Act Like Men! Men Act Like Beasts!" 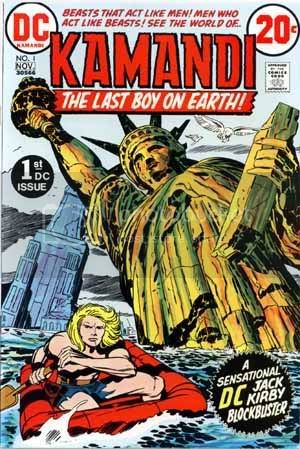 ​
Strangely enough, the post-human era is presented once again, this time in a wonderful trilogy of children’s books by Jon Buller and Susan Schade: The Fog Mound adventures. It’s first-class science fiction for children, though I should mention that there are some scenes of cruelty and violence between the animal characters, and, in the third volume, Thelonius and his friends have a frightening encounter with Upsilon the Wolfman, and must listen to the “crunching of small bones” as the scary beast and his companions dine. However, throughout the stories the animal characters display real compassion and loving care towards each other, and they often reminded me of the rabbits in Watership Down, another favorite "furry" book.

But be warned: As I found out, these books are so good that if you read them to children at bedtime, as I did for my son, Ronnie, they will not want to go to sleep. They will beg you to keep reading and reading these fascinating adventures.

In the first volume we meet the story's hero, Thelonious Chipmunk. 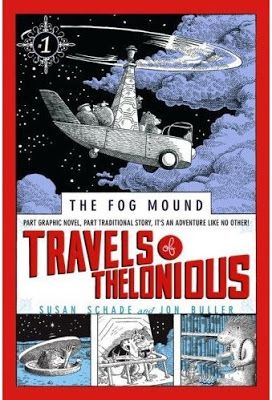 Thelonious Chipmunk is a Talker -- an animal who has inherited the gift of language from his ancestors -- and he, for one, believes in humans. Who else could have made the old paper postcard he treasures? Who else could have built the tall building shown on the postcard? His desire to know more about the humans is fulfilled in a surprising and dangerous way when Thelonious is swept down the river into a strange new world -- a world of architectural ruins and puzzling artifacts, where gangs and warlords prowl amongst the crumbling remains of civilization. With three new companions -- a bear, a porcupine, and a small brown lizard -- Thelonious embarks on a search for the far-off Fog Mound. It is a journey that becomes nothing less than a quest to uncover the secrets of Earth's past.
​ 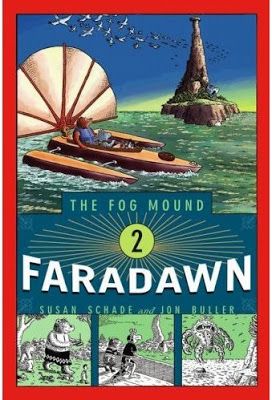 After living on the Fog Mound for quite some time, Thelonious Chipmunk and his friends are ready to continue their travels. There are some old questions to be answered and new places to be explored. So, with the addition of new friends Bill the Human and Cluid Chipmunk, the animals sail off down the river in a specially designed boat. As in The Travels of Thelonious, the intrepid chipmunk pursues his personal quest to uncover the differences between legend and history. And to answer the most troubling question of all — what happened to the humans? 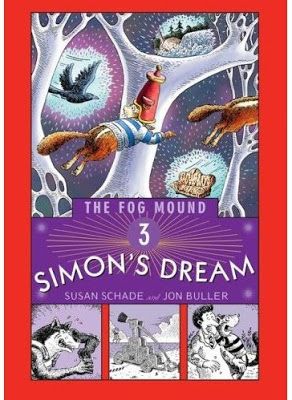 Thelonious Chipmunk and his friends face a whole new series of adventures after they reach the mysterious Mattakeunk Institute and discover . . . a time machine! Will the time machine lead them to the answers they seek? Perhaps some of the answers will come when the animals' traveling companion, Bill the Human, regains his ability to speak. However there is one pressing need above all others -- the need to save their beloved Fog Mound from the Dragon Lady herself, and her evil ratmink assistants.

-quoted from Simon and Schuster Books for Young Readers