My third book in the NASTRAGULL series has been released and if you like science fiction and fantasy with a new twist away from a genre of repeats then I definitely recommend my story. Thank you for your time. 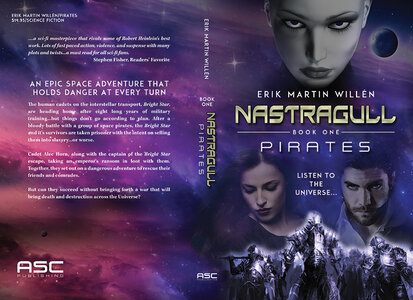 An epic space adventure that holds danger at every turn... The human cadets on the interstellar transport, Bright Star, are heading home after eight long years of military training...but things don't go according to plan. After a bloody battle with a group of space pirates, the Bright Star and its survivors are taken prisoner with the intent of selling them into slavery...or worse. Cadet Alec Horn, along with the captain of the Bright Star escape, taking an emperor's ransom in loot with them. Together they set out on a dangerous adventure to rescue their friends and comrades. But can they succeed without bringing forth a war that will bring death and destruction across the universe? 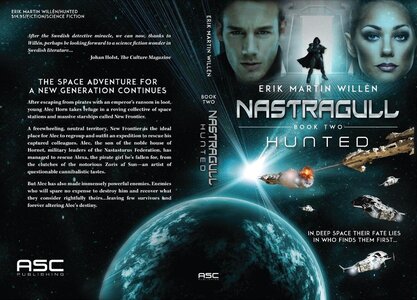 The space adventure for a new generation continues... After escaping from pirates with an emperor's ransom in loot, young Alec Horn takes refuge in a roving collective of space stations and massive starships called New Frontier. A freewheeling, neutral territory, New Frontier is the ideal place for Alec to regroup and outfit an expedition to rescue his captured colleagues. Alec, the son of the noble house of Hornet, military leaders of the Nastasturus Federation, has managed to rescue Alexa, the pirate girl he's fallen for, from the clutches of the notorious Zoris af Sun—an artist of questionable cannibalistic tastes. But Alec has also made immensely powerful enemies. Enemies who will spare no expense to destroy him and recover what they consider rightfully theirs…leaving few survivors and forever altering Alec's Destiny. 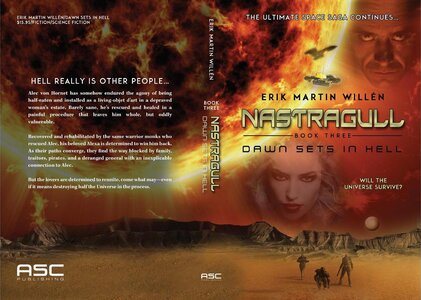 Hell really is other people…
Alec von Hornet has somehow endured the agony of being half-eaten and installed as a living-objet d’art in a depraved woman’s estate. Barely sane, he’s rescued and healed in a painful procedure that leaves him whole, but oddly vulnerable.
Recovered and rehabilitated by the same warrior monks who rescued Alec, his beloved Alexa is determined to win him back. As their paths converge, they find the way blocked by family, traitors, pirates, and a deranged general with an inexplicable connection to Alec.
But the lovers are determined to reunite, come what may—even if it means destroying half the Universe in the process.

Sci-Fi 21 Science Fiction and Fantasy Books You Must Read