In no particular order here are some Scifi & Fantasy TV Shows you may or may not have heard about.

A marine biologist, an insurance salesman and a teen-aged boy find their lives fundamentally changed by the emergence of a new, and often dangerous, species of sea life, while government agents work to keep the affair under wraps.
(2005–2006) 1 Season

When an alien species comes to Earth bearing boons to Humanity, a few suspicious humans seek to learn and resist the newcomers' true designs.
5 Seasons 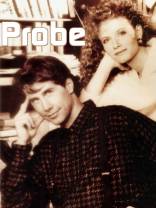 Austin James, an eccentric scientific prodigy, and his somewhat scatterbrained secretary,
Michelle Castle, investigate a variety of murders, all with a scientific basis, whether it be a
locked-room mystery in a nuclear reactor, or homicides committed with holograms. 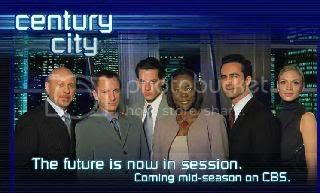 In the year 2030, the United States has 52 states and universal healthcare, Oprah Winfrey is the President of the United States (her Vice President is an openly gay, retired, four-star U.S. armed forces general) and the Moon has been colonized. Genes for homosexuality have been discovered but genetic engineering allows said genes to be deactivated which as a result has impacted the artistic community greatly. Life expectancy for American females is in the mid-nineties
1 Season

The members of the Torchwood Institute, a secret organization founded by the British Crown, fight to protect the Earth from extraterrestrial and supernatural threats.
4 Seasons

The adventures of R2-D2 and C-3P0 before they joined Luke Skywalker.
1 Season

Friends Tim and Daisy, 20-something North Londoners with uncertain futures, must pretend to be a couple to live in the only apartment they can afford.
2 Seasons

Neri - the title character - is a young girl with an affinity for water, super-human strength, the ability to swim long distances, and super-human lung capacity. She lives alone on an otherwise deserted island. Early in the first season, Neri befriends two Australian boys: Jason and Brett Bates. This friendship is at first a highly guarded secret due to Neri's fear of other humans. The Bates brothers live in an elaborate underwater research and environmental protection facility called ORCA (the Oceanic Research Center of Australia), located near Port Douglas, Queensland. At the beginning of the series, their mother, Dr. Dianne Bates, has been assigned to ORCA to study whale song in the hopes of facilitating cross-species communication. A significant portion of the series takes place on ORCA itself, and looks at the activities of its inhabitants, which includes the school-aged children of the resident scientists, such as Jason and Brett.
4 Seasons

A sci-fi British comedy about the adventures of Her Majesty's Ship Camden Lock in the year 2151. It's mission: to convince alien governments to relocate their businesses to Britain. The odd crew is a bunch of good-to-nothing led by the equally useless but means well Commander Henderson.
2 Seasons

Complex, involved science-fiction series about a special force of interdimensional operatives whose task is to protect the universe from evil forces trying to gain a foothold by disrupting the timeline. The strange energy beings are assigned to cases, when and where needed, and materialise on Earth as humans, each with specialist abilities to ascertain and then solve the problems. The mysteries encountered by Sapphire, Steel and their colleagues include people trapped in photographs, ghosts lost in time, and a dinner party of guests who are all long-dead. Their most-dangerous challenge, innocuous-seeming at first, is a petrol station whose time-line is repeating endlessly - and which turns out to be a major hazard, set by unknown forces, to trap Sapphire and Steel in a closed time-loop forever...
6 Seasons 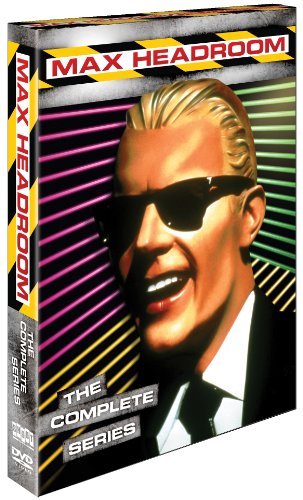 In the near future, an intrepid investigative TV reporter does his job with the help of his colleagues and a computerized version of himself.
2 Seasons

Commander Corey and youthful Cadet Happy roam the 30th century universe in their ship "Terra" fighting super-villains Mr. Proteus and Prince Baccarratti and other badguys. Captured badguys get zapped with the Paralyzer, then get reprogrammed with the Brainograph.
5 Seasons