Overview: This incarnation of the popular cartoon series finds Scooby and the gang living in Crystal Cove, a small town with a long history of ghost sightings, monster tales and other mysteries ripe for the sleuths to solve once and for all. But the longstanding Crystal Cove residents, who bank on the town's reputation to attract tourists, are prepared to do what it takes to protect their turf. 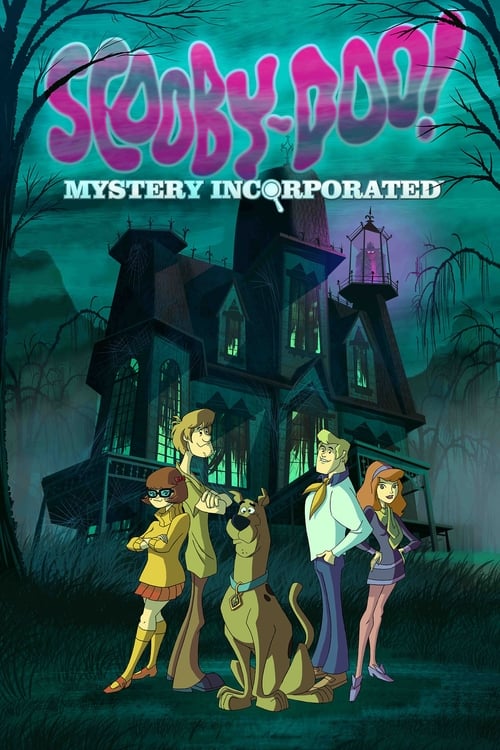 SD:MI is the most recent incarnation of the large loveable canine and his teenage sleuth friends. (I'm fairly sure most on this board are familiar with the concept...)

SD:MI is much more ambitious and complicated than previous incarnations, and imho is much superior.

The group's relationship(s) examined (Fred hearts Daphne, Shaggy likes Velma but isn't ready to turn his back on the dog); the parents are shown (Daphne's folks are rich, Shaggy's upscale, Velma's smart but modestly moneyed; Fred is an orphan raised by the Mayor).

In the pilot ep Velma pointedly observes that all the 'monsters' the gang has encountered (Space Kook, Ghost Clown, Creeper) were all people in costume/mask aided by special effects. As the series progresses more of the same are revealed (Night Fright, Crybaby Clown), but eventually they are drawn (with the direction of the mysterious Mr. E) into a deeper, older mystery that goes back to Crystal Cove's founding. Events are so bizzare that Velma suffers a near-meltdown, complaining that the supposedly ordered universe is acting irrationally. She soon perks up, realizing that they are dealing with Other Universes, which means other realities, thus the strange events make sense.

The humor is often subtle with pop-culture references many kids might not understand (a Vincent Price-like actor appears; two monsters, dubbed 'Humungonauts', are based on the 1960s classic 'War of the Gargantuas'.) In one ep the gang even encounters Hanna-Barbera relics Speed Buggy, Funky Phantom and Captain Caveman! But it's all smart-funny, not stupid-funny.

SD:MI brings a lot of the vibe many of us enjoyed in early Buffy, funny and smart. Think of it as a 48-part maxiseries (should be watched in sequence). I saw it on satellite and ended up buying the whole series on dvd. I highly, highly recommend.

Staff member
I missed this series entirely. Is it currently airing or just on syndication?

it aired recently on Boomerang ( think) and will proby return eventually. I think it originally showed on Cartoon Network. dvds available.
the first two season are done.

Writer
I get lost in all of the more recent SD incarnations...is this animated, or live-action CGI?

animated. slightly better quality than most.

Staff member
The two seasons are on Netflix so I've added them to my queue. I completed my binge watching of both Justice League and Justice League Unlimited back-to-back so I'll likely work on Scooby Doo Mystery Inc. next.