Staff member
(Article by G. P. Rodriguez at The Sun)

WHILE humans have not found proof of life on Mars, many bizarre objects have been spotted on the Red Planet by enthusiastic space-watchers.

As technology continues to advance, it allows us to better inspect the surface of Mars, even if humans still can’t get there.

NASA rovers, including Perseverance, have sent pictures from Mars for humans to analyze.

From a “butt crack” rock, to a beer bottle and even a “pink alien,” we break down the weirdest sightings on Mars. 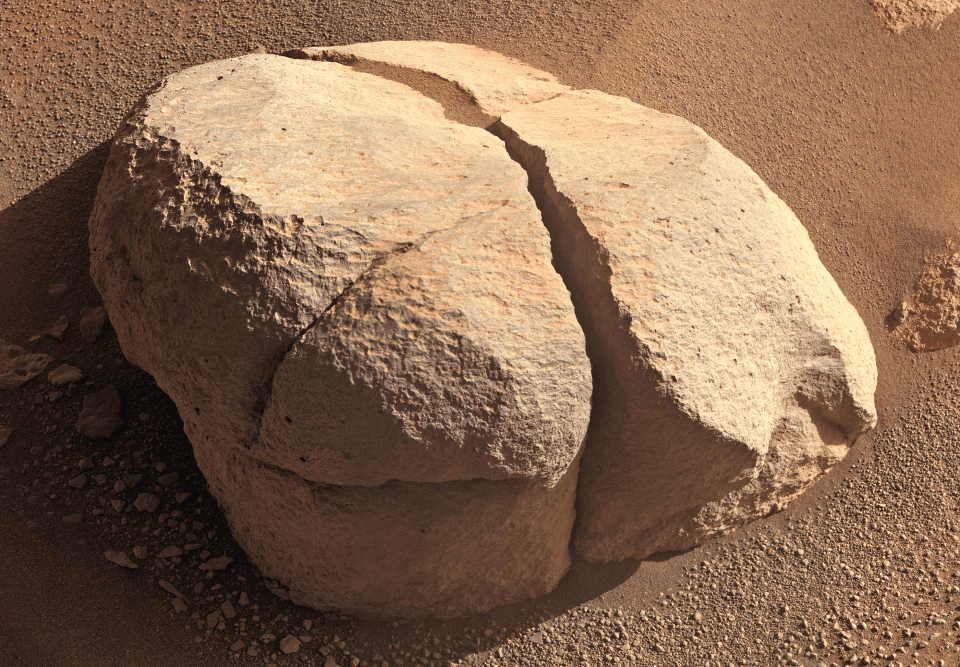 One of the Perseverance Rover’s discoveries is a rock with a “butt crack” shape, as reported by CNET.

Software engineer Kevin Gill, a martian photographer at NASA-JPL, shared the image of the rock on Twitter, giving it the name “Butt Crack Rock.”

The Perseverance rover has taken several shots of the unique rock formation. 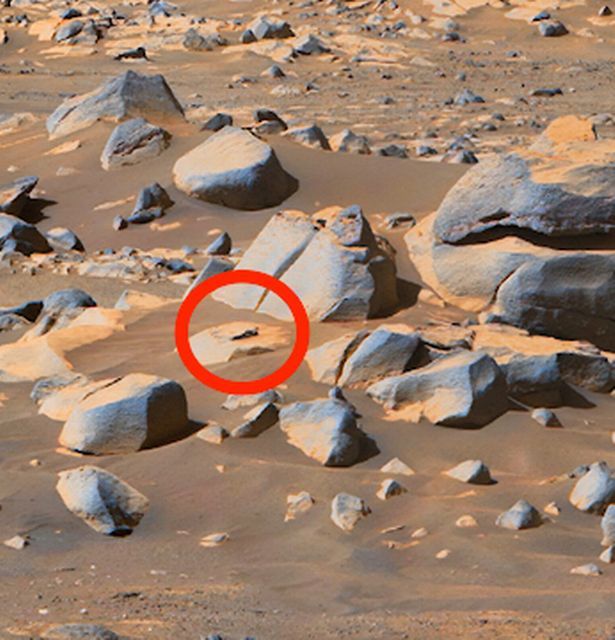 Self-proclaimed expert Scott C Waring claims to have spotted another bizarre sight on the Red Planet.

The UFO conspiracy theorist says he uncovered “proof” of alien life in a NASA photo from Mars, which he insists shows a small pink extraterrestrial.

Writing on his UFO Sightings Daily blog, he said: “There is a person laying down watching the NASA Mars rover from a safe distance away.

“The person is about 1 foot tall, 0.3 meters, and is laying down, pinkish upper chest, neck, and face, reddish hair, wearing a dark suit, but has a grey object over one shoulder… looks like a backpack of some sort.

“There are even footprints behind the person leading up to the location they chose to lay down at.”

However, not everyone was convinced about Scott’s find.

Commenting online, one person wrote: “So this alien is casually laying on her left side with the left hand supporting her head and calmly watching the rover… yeah, I can see that!” 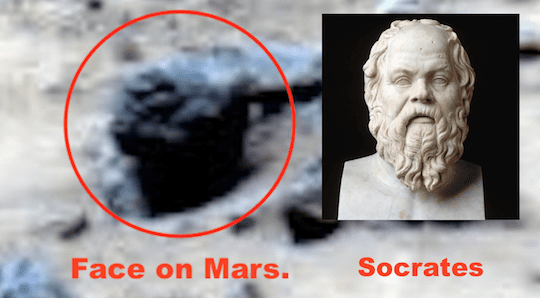 “This is Socrates the great greek philosopher and teacher. Every detail about the face matches perfectly. Was Socrates from Mars? Perhaps.

“That would explain his advanced and organized way of thinking and how he tried to influence the world with it.”

A self-described Mars “anomaly hunter” found what he claimed was evidence of a green beer bottle on the Red Planet’s surface in 2017.

The image was snapped by Nasa’s Spirit rover during a mission on the surface of Mars in November 2007.

However, Thomas Miller, 64, who unearthed the “anomaly”, admitted he couldn’t be sure it was a beer bottle. 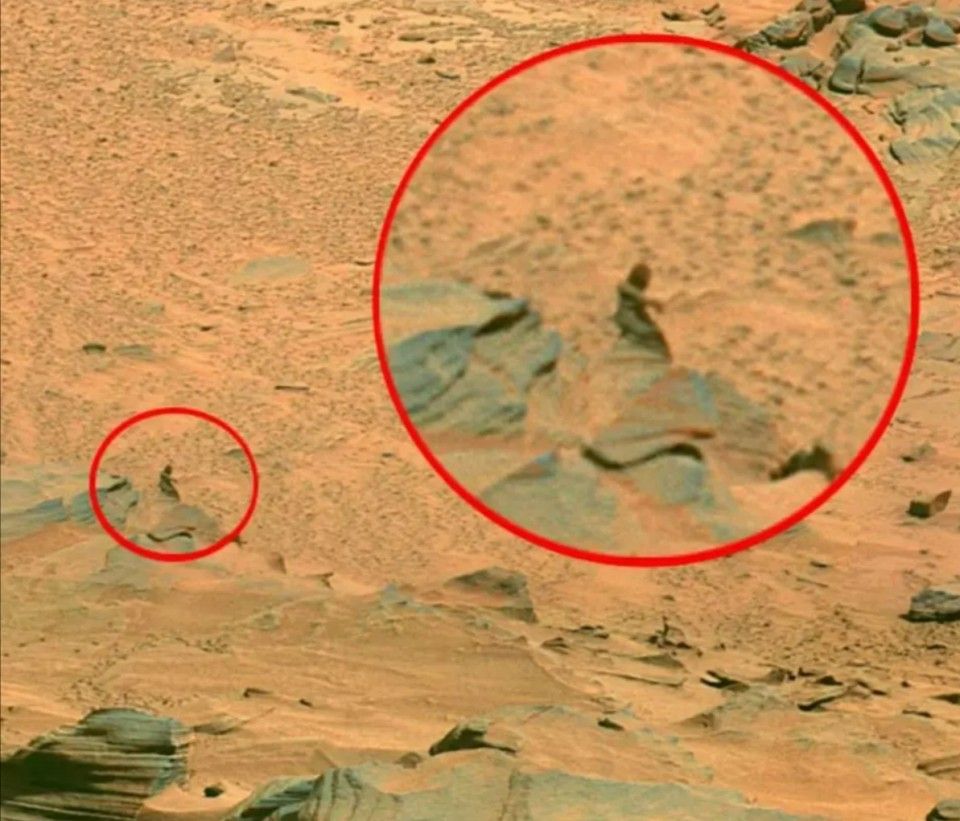 Conspiracy kooks had a field day following the landing of Nasa’s Insight Mars lander in November 2018.

The contraption sent back some of the most detailed images of Mars yet, providing plenty of fodder for whacky alien-hunters.

One image snapped by the machine showed a human-like figure on a rock that conspiracy theorists claimed was an alien statue.

Other said it was an alien life form in the flesh. We’re not so convinced. 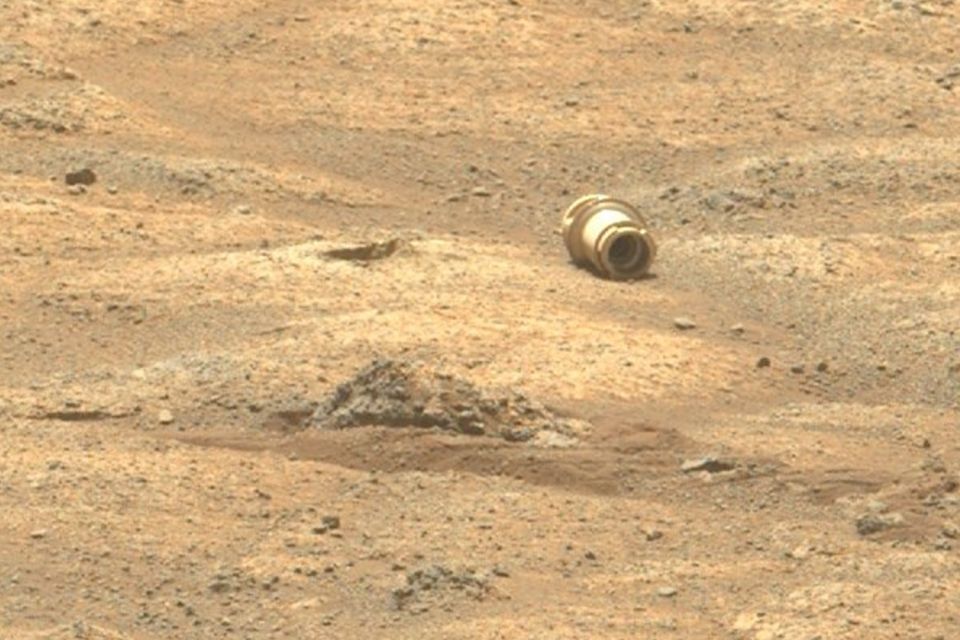 The strange cylinder-like piece was captured in a shot taken by Nasa’s Perseverance rover.

One person said on Twitter that it looks “artificially created”, and suggested it could be an artifact of ancient civilisation on the Red Planet or a chunk of a crashed UFO.

It turns out the intriguing item actually belongs to Nasa.

According to a UFO hoax debunker, it was dropped “intentionally.” 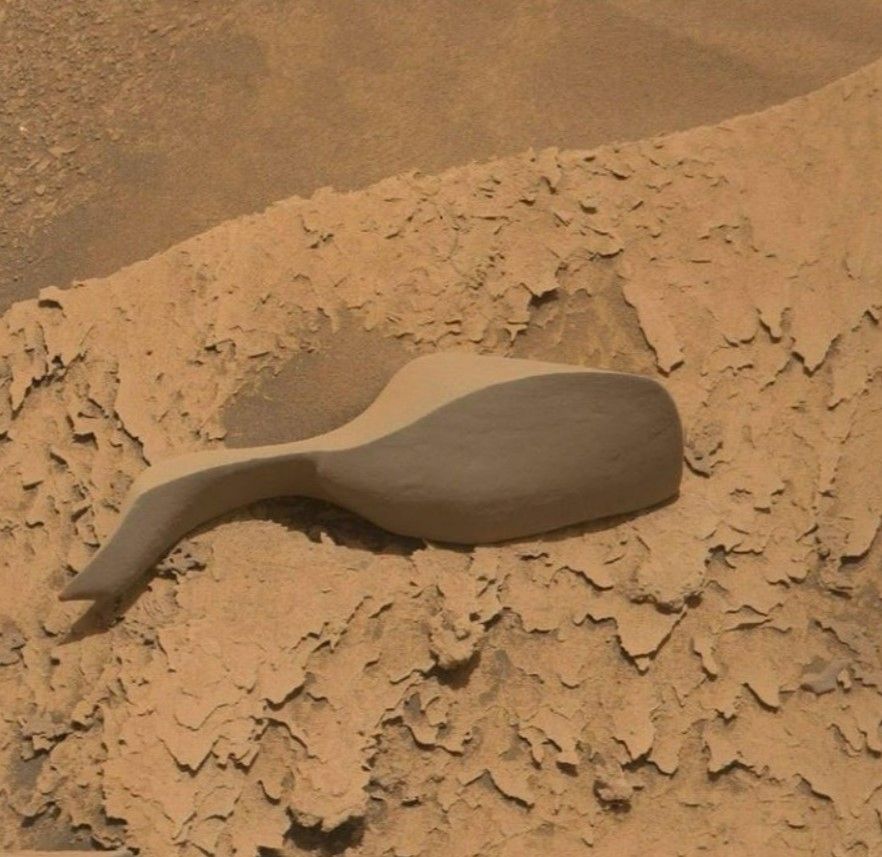 This odd object was captured by Nasa’s Curiosity Rover earlier this month but observers have been scratching their heads trying to work out what it is exactly.

Some have jokingly suggested it could be a Martian bowling pin or even an alien’s shoe horn.

Another said it looks like a discarded Tesla side mirror.

Nasa hasn’t confirmed what it really is but other geeks think the answer might be less exciting.

The technical term for rocks that have been eroded by wind like this is ventifact.

They’re pretty common, and we see them all the time on Earth.