Staff member
Sometimes a "UFO" does not describe the classic saucer shaped ship from space but something that can be seen world wide, captured on tape, but still no explanation for them.

Skyfish is the name given to objects shaped like a flying rods that have been captured on tape in all parts of Earth in just about every country. The rods fly at such high speeds that usually people only notice them when watching video and notice a blur moving across the screen. Slowing the video down reveals a long cigar shaped object with some type of wavey wings.

Theories have been given that the rods are simply bugs or birds moving at a rate of speed faster than the frame rate of the video and that there is no mystery. Some are convinced that they are a life form that has yet to be identified while others believe they might actually have extraterrestrial origins.

To date no own has captured a Skyfish.

Below are 4 YouTube videos documenting the phenomenon. Play them in sequence for the entire story.

I saw this new video on youtube... some pretty new startling evidence. The actual video is on their website, too, at www.BostonRods.com

Should be easy to catch good images of them now with high end cameras with a high capture rate. The biologists will be happy if they can catch one, but I fear that they'll need an electrically charged space to stun them or giant fly paper.

I've looked into the "Flying Rods" phenomenon before many years ago, and I've noticed only a few people can film these things all the time (like ghost photography). My conclusions always arrive at the same answer: It's just another camera trick hoax. Don't waste your brain power on this, watch a good sci-fi movie instead.

If you want something really interesting to look into, check out the underwater structures that were discovered recently off the coast of Japan.

Staff member
@Starbeast: If they are camera tricks, then what is the trick? To my knowledge, nobody has been able to give an answer that mimics the behavior of the rods.


Explanation given here. They reckon it is something flying faster that the camera can keep up with, giving a double, treble, quadruple image looking like a rod. Check what they do with the car and the double images of the wheels. at about 5:15 they use a high frame rate camera and catch a moth doing it. So it could be something simple flying around in all the other videos and creating the effect.

This one shows it off very well. It is a small winged creature. Check the image wing positions.

Staff member
Tim, the problem with the bird/insect theory is that it doesn't account for the speed of the rods usually filmed plus some of them have been filmed doing fast angle turning.

Various properties of the filmed rods can be duplicated but not all (or, at least none with a solid explanation).

Skyfish Flying Rods and the Empire is here!


Kevin said:
@Starbeast: If they are camera tricks, then what is the trick? To my knowledge, nobody has been able to give an answer that mimics the behavior of the rods.
Click to expand...


Hi KEVIN, if you believe in those RODS, you might want to check out this.​

Staff member
Re: Skyfish Flying Rods and the Empire is here!


Starbeast from Planet X said:
... Hi KEVIN, if you believe in those RODS, you might want to check out this.
Click to expand...

I don't want to be a spoil sport but I have difficulty in believing that we have been visited so often by UFO throughout the years and the aliens still haven't landed to start diplomatic communications or invade. I find it hard to believe that they have travelled hundreds if not thousands of light years just to make crop circles, dissect cows and other farm animals and kidnap people to do experiments on them.

I agree with Starbeast it's probably a hoax, if it isn't then it's some government playing with their secret weapon.

What's the old joke? Aliens travel 100 light years across the universe to reach us, then crash and die in the desert.......... 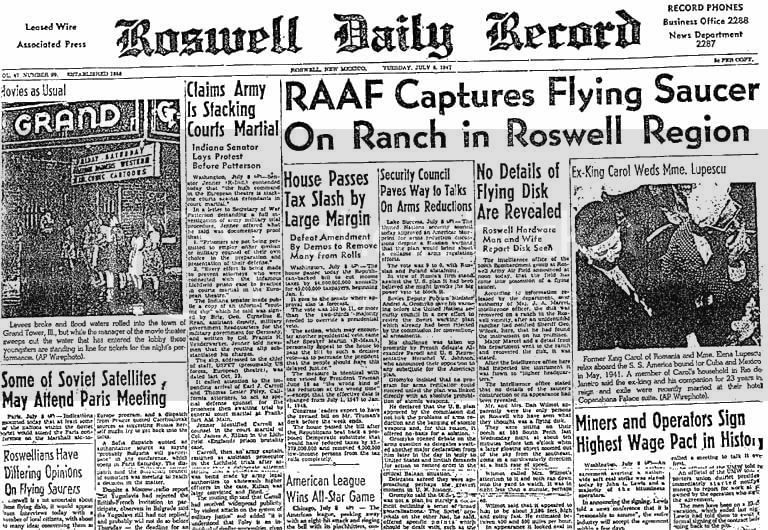