The Jedi Hunter ( 2002 )
The Jedi Hunter: The Jedi Hunter is a parody of both the Star Wars universe and the TV show The Crocodile Hunter starring Steve Irwin. Join the now-Australian Boba Fett as he canvasses the galaxy, hunting Jedi wherever he goes... Crikey, there's some feisty ones out there!

Star Wars: Wrath of the Mandalorian ( 2008 )
Star Wars: Wrath of the Mandalorian: Years after the Clone Wars end, Darth Vader sends bounty hunter Boba Fett to Kashyyyk to track down the last of the Jedi. Fett, motivated by revenge for his father's death, proves effective - but he soon finds out a terrible truth about Vader while on the hunt that gives him a change of heart.

TIE Fighter ( 2015 )
TIE Fighter: A short Star Wars animation, focused on the Empire, drawn and shaded in the style of classic '80s anime. Empire and rebel forces engage in a frantic all-or-nothing dogfight in space, but the Empire has 3 Tie Fighter aces up its sleeve.

Revan ( 2015 )
Revan: Redeemed Jedi Knight, Revan, has saved the galaxy from the threat of his apprentice, Darth Malak, and has brought peace to the galaxy and to his wife, Bastilla. However, long forgotten memories from his once dark past convict him to search the galaxy for the evil threat that he and Malak ventured out to find once before. On the Imperial center of Drommund Kaas, Scourge, a Sith Pureblood, has been summoned by the order of the Emperor himself and admitted into the investigation services for dark council member Darth Nyriss. His investigation leads him to discover assassination attempts, hidden plots, and the long lost home world of the Emperor, where the truth of his raw destructive power reveals to the Empire and the Republic the necessity of stopping him and saving the galaxy.

Star Wars: Hoshino: The tale of blind Jedi Master Ko Hoshino and her path to becoming one with the force.
https://images.-.-/thumbs/2806749_Star_Wars_Hoshino_2016.jpg 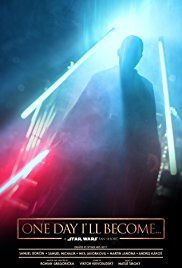 Galactic war, from the perspective of a little boy on a desert planet. He is having visions about the future and he wants to become a Jedi knight. But the war is coming and the Empire is looking for gifted child. Which side will he chose? 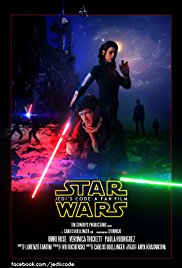 When the smuggler, Kai Arclighter, crash lands on the remote world of Adara Prime, he's forced to confront his Jedi past. The nefarious Imperial Agent, Pi-Thea-Tezu, has Kai in her sights. Can Kai reconnect with the Force to vanquish his foe? Or will he become another fallen Jedi for the glory of the Emperor?
Director:
Carlos Boellinger 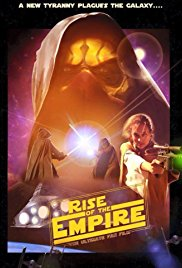 Outraged by crushing oppression and mysterious deaths, freedom fighter Nyla Tardun weighs the personal consequences of leading a rag-tag band of would-be-Rebels against the genocidal appetite of an insane Empress and her vicious personal assassin. 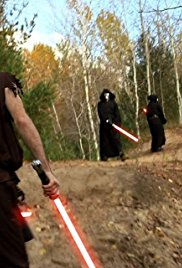 Jedi vs Sith vs Clone Troopers. 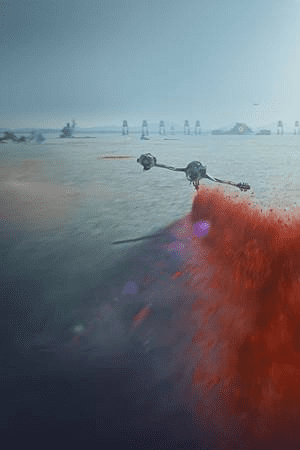 Take a virtual vacation to some of the Star Wars films' most iconic and beloved locations like Hoth, Tatooine, and Sorgan, as this charming series whisks you off for fly-through tours of the Galaxy Far, Far Away.