NASA Picture Of The Day
STS-129 Lifts Off 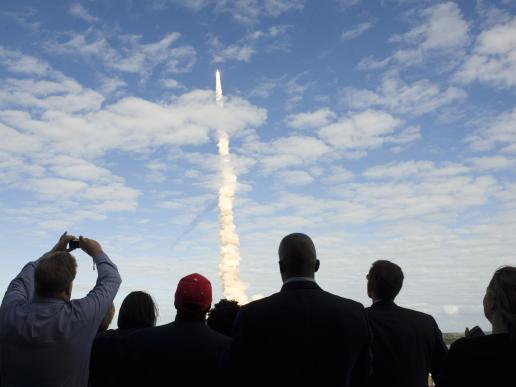 Guests at NASA's Kennedy Space Center view the launch of space shuttle Atlantis in Cape Canaveral, Fla., on Monday, Nov. 16, 2009. Atlantis and its six-member crew on a 11-day STS-129 mission to the International Space Station are transporting spare hardware to the outpost and returning with a station crew member who spent more than two months in space. Imageo Credit: NASA/Carla Cioffi (More at NASA Picture Of The Day)