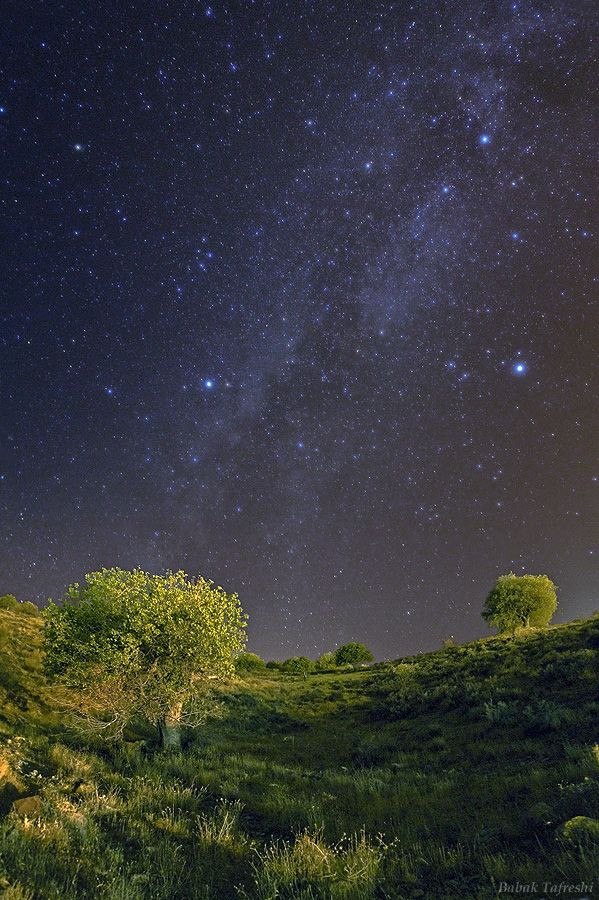 Explanation: This serene view records a late summer night sky over the rolling, green hills of planet Earth. It was taken near the rural village of Saadat Shahr, Fars province, in southern Iran. Saadat Shahr is also known as Astronomy Town, as the inhabitants have demonstrated a remarakble passion for sky gazing. Fittingly, this Astronomy Town sky view finds a lovely part of the Milky Way near picture center. The three brightest stars are the stars of the Summer Triangle, Deneb in Cygnus (top), Altair in Aquila (left), and Vega in Lyra (right). The foreground landscape, illuminated by Astronomy Town lights, includes a kind of wild pistachio tree common in the region. To identify the stars and constellations, just slide your cursor over the image.

Space Into the Night