Space Sunrise over the Parthenon

NASA Astronomy Picture Of The Day
Sunrise over the Parthenon 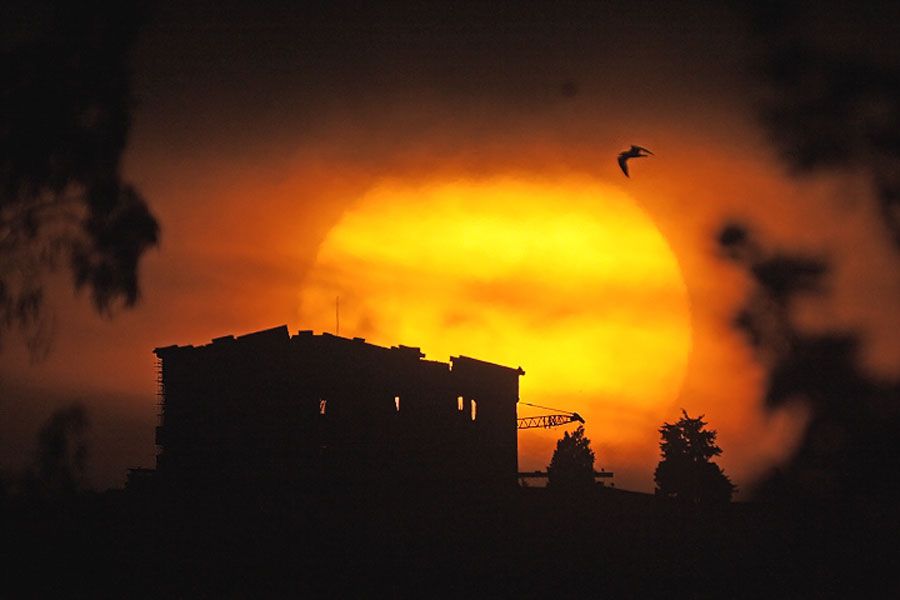 Explanation: Today, the sun will stay in the sky longer than any other day of the year, as seen from the northern hemisphere of Earth. Named the Summer Solstice, today's maximum daylight is indicative of the high amount of sunlight this time of year that is primarily responsible for the heat of the summer season. At the north pole and for all places above the arctic circle, there will be no night -- the entire day today will be lit by sunlight. The situation is reversed in Earth's southern hemisphere, where today has the least sunlight of any day. Today's solstice is commemorated above by a well-planned picture of our five billion year old Sun rising behind the 2,500 year old Parthenon in Greece. Trees and birds occupy the foreground, while a modern crane is shown restoring parts of this historic symbol of a cultural civilization.