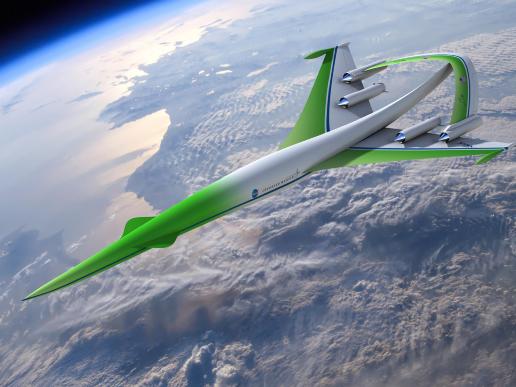 This future aircraft design concept for supersonic flight over land comes from the team led by the Lockheed Martin Corporation. The team's simulation shows possibility for achieving overland flight by dramatically lowering the level of sonic booms through the use of an "inverted-V" engine-under wing configuration. Other revolutionary technologies help achieve range, payload and environmental goals. This supersonic cruise concept is among the designs presented in April 2010 to the NASA Aeronautics Research Mission Directorate for its NASA Research Announcement-funded studies into advanced aircraft that could enter service in the 2030-2035 timeframe. Image credit: NASA/Lockheed Martin Corporation (More at NASA Picture Of The Day)

Rise of the Walking Machines

Madagascar in Blue and Green