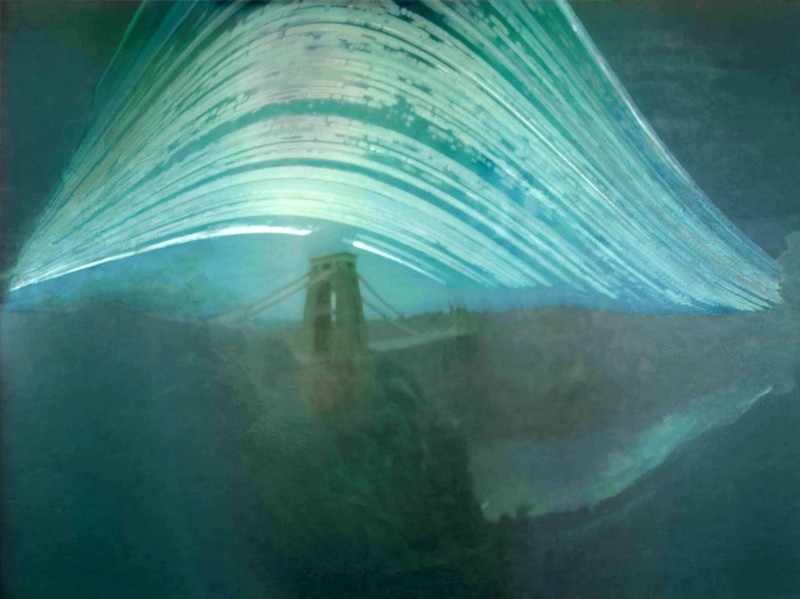 Explanation: If every picture tells a story, this one might make a novel. The six month long exposure compresses the time from December 17, 2007 to June 21, 2008 into a single point of view. Dubbed a solargraph, the remarkable image was recorded with a simple pinhole camera made from a drink can lined with a piece of photographic paper. The Clifton Suspension Bridge over the Avon River Gorge in Bristol, UK emerges from the foreground, but rising and setting each day the Sun arcs overhead, tracing a glowing path through the sky. Cloud cover causes dark gaps in the daily Sun trails. In December, the Sun trails begin lower down and are short, corresponding to a time near the northern hemisphere's winter solstice date. They grow longer and climb higher in the sky as the June 21st summer solstice approaches.

Staff member
What a cool photograph from such a primitive device.