NASA Picture Of The Day
Symbol of Cooperation 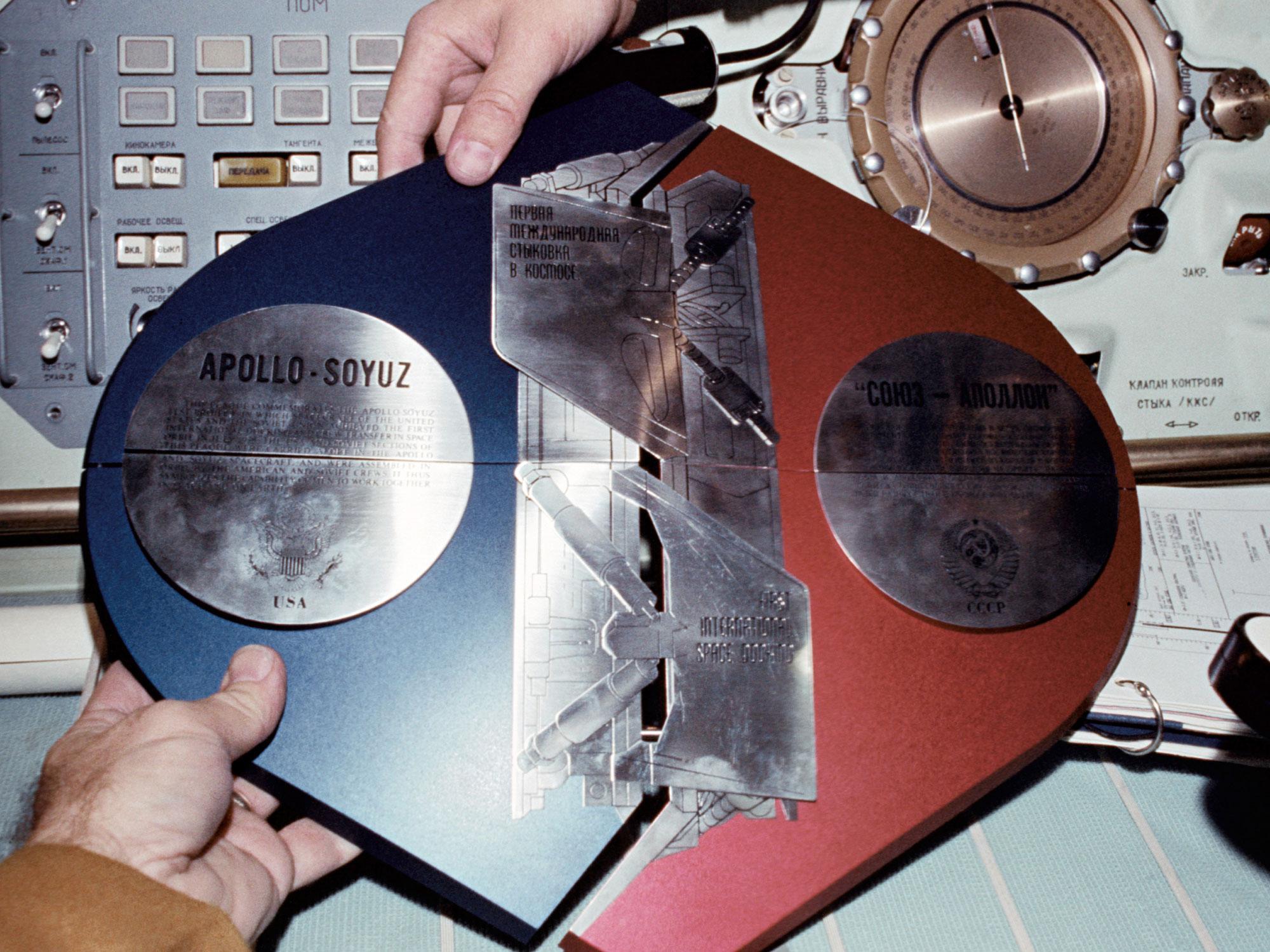 On July 17, 1975, Cold War rivals America and the Soviet Union met in Earth orbit as American Apollo astronauts Tom Stafford, Vance Brand and Deke Slayton docked with Soviet Soyuz cosmonauts Aleksey Leonov and Valeriy Kubasov. During their joint mission, the astronauts and cosmonauts assembled this commemorative plaque in orbit as a symbol of the international cooperation. The American side is blue with English text, while the Soviet side is red with Russian text. Image Credit: NASA (More at NASA Picture Of The Day)

Space Is space a waste of budget?