What are they on? Seriously!

I saw a trailer for a 3D movie exploring cave paintings last night and just checked the cinemas website to see when it is airing, a one night special, and going to the basket I found that colt for 2 people to go was £25.60. I just don't understand why people would pay that price at the cinema.

I was kind of hoping that 3D films would serve the cinemas better, whilst charging the same price, but now it is being seen as a luxury?

It may not show in my lounge in 3D, but I bet I can buy the retail DVD and a brand new dvdrw unit to fit in my computer to play it for the same cost!

I convert all the movie data to commands and feed those to my room full of foglets. They then create the movie in surround3d around me. I just wish I had the money for the odors upgrade.

There are always scratch and sniff cards they can give out in the DVD cases!

and apparently, http://www.magix.com/gb/movie-edit-pro/ This software which is handy for video editing can produce 3d type movies, if you have a 120hz refresh rate monitor. Using two identical cameras, mounted on a grip plate using the tripod fittings, the software can use the two feeds, fit them over each other in the same video track and produce interesting stuff indeed

Staff member
The rising cost of movie theater tickets is one of the reasons why the Mrs. & I have not gone in a couple of years. For the amount of movies we watch, we realized it was actually cheaper in the long run to switch our DirecTV subscription to HD, get a new big widescreen TV, and subscribe to Netflix.

Sure, we don't get to see movies when they first come out, but usually within a few months everything is available on DVD. Maybe in a few more years we'll update it all to 3D but for now watching movies at home is more enjoyable, and cheaper, for us than going out.

Tim said:
There are always scratch and sniff cards they can give out in the DVD cases!

and apparently, High-speed video editing – with MAGIX Movie Edit Pro This software which is handy for video editing can produce 3d type movies, if you have a 120hz refresh rate monitor. Using two identical cameras, mounted on a grip plate using the tripod fittings, the software can use the two feeds, fit them over each other in the same video track and produce interesting stuff indeed
Click to expand...

div#related-article-links p a, div#related-article-links p a:visited { color: rgb(0, 102, 204); } Professor Bob Stone loves the smell of napalm in the morning. He’s less keen on raw sewage, burning vegetation and diesel exhaust, but at the click of a mouse any and all can be wafting through his office at Birmingham University. It’s just one of the techniques the computer scientist is using to make video games more realistic. Stone is helping to develop technology likely to end up in home games consoles to create realistic “smell effects”. Players will experience the odours of, say, the racetrack or the battlefield. His research also has a more immediate goal: to train future recruits to the British military.
Stone, a member of the university’s school of engineering, is being part-funded by the Ministry of Defence to build, as he puts it, “serious” games. He and his team have developed software that can teach submariners to operate rescue craft; soldiers to identify improvised explosive devices; and sailors to fire a deck-mounted minigun.
All have been designed using software development kits made available by games designers. These kits, which are spin-offs from top-selling games such as Far Cry and Half Life, handle the tricky movement and physics of a virtual world, leaving Stone free to superimpose new game-playing technology that stimulates other senses, especially aural and olfactory.
The SDS — scent delivery system — is one of the add-ons that Stone has adopted to make the training games more realistic. It consists of eight sealed chambers, each of which holds a pot of wax impregnated with a pungent odour. Available at $25 (£17.26) each from Biopac, an American educational supplies company, they range from the likes of gingerbread and April showers to a mix of odours designed to evoke combat. On command from the computer, compressed air is blown over some or several of the chambers to stir up an instant impression of Kandahar.
“Smell is the most underrated sense, but next to vision is the most information-rich one we have,” says Stone. He is in the process of writing code into his games that will cause the machine to release smells at appropriate times. For example, on the battlefield, the system will release the odour of cordite, a pungent residue of gunfire. In close-quarter combat, the system can render the smell of body odour. The smells are so lifelike they can be almost overpowering. One scenario is an Iraqi neighbourhood where sewage is running down the street. Stone’s smell generator whirs into action, sending players scrambling to open the windows.
The SDS is being used in conjunction with sound effects to recreate in the laboratory the kind of environments British troops are likely to encounter. One use would be to identify triggers for post-traumatic stress disorder. Volunteers who have returned from the front line would “play” as infantrymen on patrol in a Middle Eastern street. As helicopters fly overhead, a car explodes and civilians panic. The soundtrack is culled from British Army radio chatter and Iraqi street sounds. The result is disturbingly believable, with smell taking the realism to another level.
Another add-on being used by Stone is the Novint Falcon, a force-feedback controller designed to give gamers the impression they’re handling real-life objects. Use it to pick up something heavy and the motors in the unit slow your movements. Poke a solid object and the controller stops your hand. Stone is using the controller as part of a medical training programme where
users take the role of a surgeon struggling to stabilise a casualty. With the clock ticking, trainees have to specify tests, take readings, explore wounds and place a tube in the patient to help breathing; at the end of the four-minute simulation, trainees’ performances are analysed. Stone spent time in the morgue of an African hospital to ensure the injuries were depicted accurately. He hopes that hardware such as the Falcon will one day be sensitive enough for trainees to practise removing shrapnel from a virtual eyeball.
“Games like these are designed for troops who have never been out to theatre,” says Stone. “You could put this on a DVD and run it on a laptop, so surgeons could train on it as they fly out.”
One area where computer training is particularly relevant is in bomb disposal. Improvised explosive devices have claimed the lives of many British soldiers in Iraq and Afghanistan. Army Search and Disposal is a game designed to teach players to look for the signs of explosives and booby traps.
Robert Guest, a research fellow who is helping Stone develop the systems, spent hours creating realistic-looking grass at the side of a central European-looking road, in order to hide his trip wires and control cables. A second version, set in a rainy “everytown”, requires players to question the locals and operate a remote-controlled bomb disposal vehicle.
The use of computer games in military training is becoming increasingly important, not least because the systems used to operate battlefield technology increasingly resemble games console controllers. A British missile system and an American armoured vehicle have recently been fitted with command systems that look and act like Xbox controllers. Their designers reckon that most young recruits who will need to use them will already possess the relevant, fast-fingered skills.
Page 1 of 2

Computer-controlled (USB), eight-cartridge scent* machine uses compressed air** to project different scents on cue for a predetermined time followed by a burst of unscented air to clear for the next scent. System includes software to control the delivery and duration of scents from the SDS100 unit. Scents can be triggered from a virtual reality environment. Dispersed scent covers approximately 3-6 meters in front of unit, depending on how many fans are used. 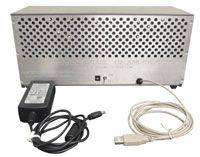 If you ever find yourself visiting York, go to the Jorvik centre. It's like one giant amusement ride under the streets, you sit in carriages and get driven about through all sorts of mockups of a Viking village, complete with smells

JORVIK Viking Centre - a must see attraction in York

L
Help with a name of this movie,please