The final full-length trailer for The Amazing Spider-Man 2 has been released. The film is scheduled for wide release on May 2, 2014, including 3D showings.

The sequel digs deeper into the mystery of the work that Peter Parker's father was involved with and how it relates to the experiments at Oscorp that led to both Spider-Man and his enemies. Taking a cue from the success of the Marvel universe films, the second film also ties in with the planned spinoff movies with Venom and the Sinister Six.

Staff member
Around the 1:05 mark, are those Doctor Octopus's arms?

Kevin said:
Around the 1:05 mark, are those Doctor Octopus's arms?
Click to expand...

Yes they are, also Vulture's wings. Sony would like to set up a Sinister Six movie. Apparently they've noticed that Marvel is doing this thing where they link a bunch of movies together. (I don't know, I haven't noticed it. #sarcasm)
Whilst watching this movie, keep a weather eye out for easter eggs that suggest, Kraven, Mysterio and Sandman. (The final member being Electro.) Also, Venom and Carnage. (They want to make a Venom movie too.)

Also, point of interest, Mary Jane was originally in this movie but has been cut for time.

Writer
Watched this one without having seen the first (of the rebooted franchise movies). It was okay, though heavy on the 3D-feature film directing, which was really annoying after a while, watching it in 2D. Seemed like most of the first half of the movie was really sappy in their attempt to delve into character relationships. Thought the rest of it was okay overall (another popcorn movie), though I thought they went really long after what I considered the climax of the movie (and it was painful to watch through what appeared to be an extension). Also, didn't much care for how it appeared someone seemed to magically heal the villain after the big climax battle.

Yeah, it did feel like it ran long didn't it. I think the reason is:

There are too many separate story lines.
You have:
Main storyline 1 - Electro.
Max Electro is a shy guy. He gets saved by Peter Spiderman and creates a fictional relationship with him. He then gets Electric powers when he's bitten by an electric eel. He freaks out a bit and Peter Spiderman comes to see what's up. The police (Though I think it's actually an Oscorp Sniper) shoot at Max Electro causing him to freak out more and swear vengeance against Peter Spiderman.

Main storyline 2 - Green goblin prepares for the next film.
Harry Goblin's dad, Norman Oscorp, is sick with Goblinitis. It's genetic so Harry Goblin also has it. In an unforeseeable twist of fate, Harry Goblin starts showing symptoms mere moments after being told about it. He doesn't want to die of Goblinitis so he attempts to use Oscorp's vast resources to inject himself with Peter Spiderman's blood. We are assured this might cure him. Peter Spiderman says 'no' because 'reasons' and Harry Goblin swears vengeance against Peter Spiderman.

We could then move into our Sinister Six movie much more organically and had an Amazing Spiderman 2 that wasn't essentially a hot mess of story.
Nonsense aside, this movie has the best screen portrayal of Spider-man I've ever seen. Both full of quips and immense heart.
I don't like Peter Parker however, as he is also full of quips and heart.
For me, part of the excellence of Spider-man is the contrast between Peter Parker, (nerdy, shy, lacking confidence) and Spiderman, (confident, smartass, everything Peter wishes he could be.) Peter can be a different person when he wears the mask, and so he turns himself into something he's normally not.

I love the Tobey Maguire versions of Spider-Man, and both the reboots were enjoyable -- but not quite as good. I agree with Jetshroom's comment -- "For me, part of the excellence of Spider-man is the contrast between Peter Parker, (nerdy, shy, lacking confidence) and Spiderman, (confident, smartass, everything Peter wishes he could be.)"

Having been a teenager in high school when Spider-Man was first introduced to the world in the 1960s, I was the prime target audience for this character. I was Peter Parker by day -- and a superhero in my fantasies.

That's why I wrote and published this book (available on Amazon) about four teenage boys in 1967 who plan a little hoax during the summer before their senior year in high school. They conspire to appear just once in public as bogus superheroes. And it works. In spades.

You don't have to buy it, you can read it free (and illustrated) by clicking on the link below. 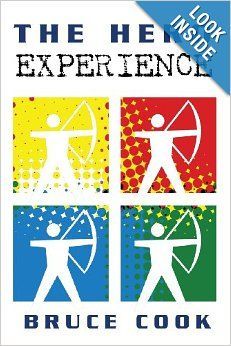 * I've added this thread to The Multi-Board Alphabetical Index.