Plot: 1921 England is overwhelmed by the loss and grief of World War I. Hoax exposer Florence Cathcart (Hall) visits a boarding school to explain sightings of a child ghost. 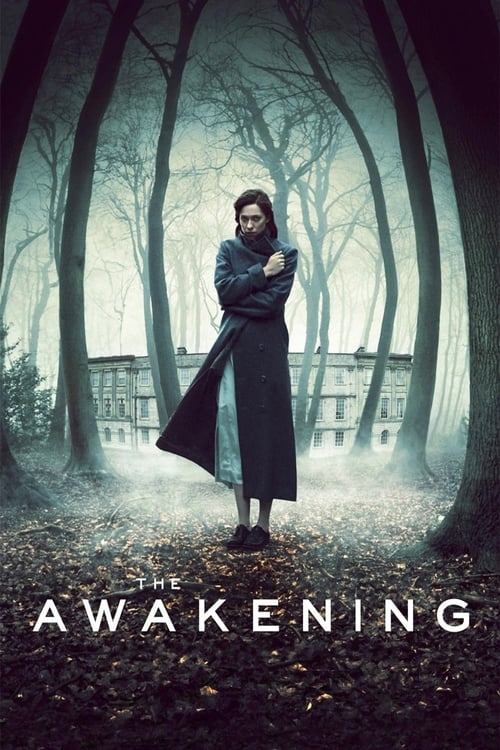 
This film is supposedly a a ghost/horror story set in England in 1921, in the aftermath of the devastating Great War. I don't usually watch such films, but was attracted to this one because it was filmed in Lyme Hall, a stately home I'm familiar with, and I was curious to see what they made of it. The Awakening stars Rebecca Hall as Florence Cathcart, an author and exposer of mediums and other supernatural hoaxers. She is persuaded to visit a remote boarding school where a boy had died in mysterious circumstances and the remainder of the boys were terrified that a legendary ghost had been responsible.

Florence sets to work with the aid of two staff members: teacher Robert Malory (Dominic West) and housekeeper Maude (Imelda Staunton). It isn't long before she exposes a fraud and solves the mysterious death. However, matters then take a different turn and for the rest of the film it becomes increasingly unclear what is reality, what is supernatural and what is delusion. There are lots of twists, turns and plot surprises right up to the intriguingly ambiguous ending, which reminded me of Inception.

I wouldn't describe this as primarily a ghost or horror story, it's more of a psychological mystery thriller - and a very good one. I was impressed by the plot, the writing, the setting and the acting (Rebecca Hall being excellent). All in all, it proved a pleasant surprise and is well worth seeing even if you don't like ghost stories. And by the way, Lyme Hall looks magnificent - and very spooky!

Incidentally, I've recently updated my list of favourite SFF novels in the left-hand column and extended it from 20 to 25. There are still a few I'd like to include….also, don't forget that linked lists of the books, films and TV programmes reviewed here are further down in the same column.

Anthony G Williams said:
I wouldn't describe this as primarily a ghost or horror story, it's more of a psychological mystery thriller - and a very good one.
Click to expand...

Just added this one to my Netflix DVD queue; doesn't seem to be available anywhere for streaming. I don't recall this one when it came and your review has my interest piqued to watch it.

The fun part of the DVD queue instead of streaming is that the list is long, and I don't watch DVD's very often these days, so it's always a bit of surprise when a new movie arrives because I have no idea what's currently in the queue. Some times an unexpected movie shows up that I end up enjoying.