Sci-Fi The Book of Boba Fett

Overview: Legendary bounty hunter Boba Fett and mercenary Fennec Shand must navigate the galaxy’s underworld when they return to the sands of Tatooine to stake their claim on the territory once ruled by Jabba the Hutt and his crime syndicate. 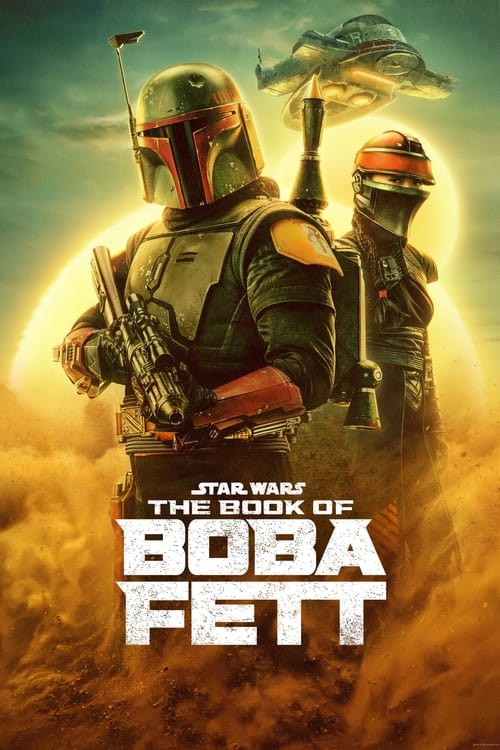 Staff member
The first episode dropped on Disney+ and it started off by getting the big proverbial elephant in the room out of the way, namely how does Boba end up in The Mandalorian considering his fate in ROTJ. I think that was a good decision because it gets it out of the way immediately so new story lines can be built.

For those with good memories and have most of the SW verse memorized, a few characters seen on screen will be familiar. Several new characters are being inferred and will be likely showing up later in the series.

I'm not sure how some of the die-hard SW fans will react to seeing a different side of Boba. If the writing of the show is on par with Mandalorian then it'll make for good watching though.

don't get the channel
thanks for info. maybe watch on dvd eventually
as I recall he was a pretty minor character that the fans really liked (jet pack and all)
B

I really like what Jon Favreau and Dave Filoni have done with Star Wars. Looking forward to this story and how it plays out.

screenersam said:
as I recall he was a pretty minor character that the fans really liked (jet pack and all)
Click to expand...

He was indeed. His actual screen time in the movies is pretty brief, only a few minutes total shown onscreen. Thanks to stuff like the animated short in the Star Wars Christmas Special and numerous offshoot novels & comics, the character became a fan favorite. If you recall the ending of ROTJ his fate seems pretty certain but in the Disney+ series The Mandalorian he makes a surprising return in a big way. This new series takes place timeline was after Mandalorian but the flashbacks reveal what happens to the character between ROTJ and Mandalorian.

So far the production quality of the Disney+ shows have been popular with SW fans thanks to Favreau and Filoni doing meticulous curating of the SW mythology. If it keeps up, I personally wouldn't be surprised if the Disney sequel trilogy ends up being downplayed with them instead embracing the Disney+ shows and a new series of movies set in the SW verse with new characters & story lines.

The Book of Boba Fett is the TV version of a side quest to The Mandalorian.

Die hard Star Wars fans will come away from Book of Boba with new feelings about the character. Might be good, might be bad, but still interesting. Personally, don't get me started about "The Mods" - whomever came up with that idea missed the mark, big time. That aside, around S1:E5 of Book of Boba is when it becomes obvious that the series is just a side quest. That's OK, it wouldn't be the first time that there have been shows or movies that were only intended to be additional material for the main show. Just take a look at the offshoots of The Witcher or Altered Carbon for examples.

Mandalorian fans should definitely watch Book of Boba, else you may be lost a bit when S3 starts and wondering how he got reunited with Grogu. Star Wars fans in general will likely want to watch Book of Boba to see how they handle the actor recasting of one of the main original trilogy characters. Casual viewers though would be okay skipping this side quest.

saw an online critic suggesting they could have done this as a subplot to the Mandalorian instead of a whole different series.
I don't get the special channels so I've never watched either.