The Case of the Very Dusty Binary Star

The Case of the Very Dusty Binary Star 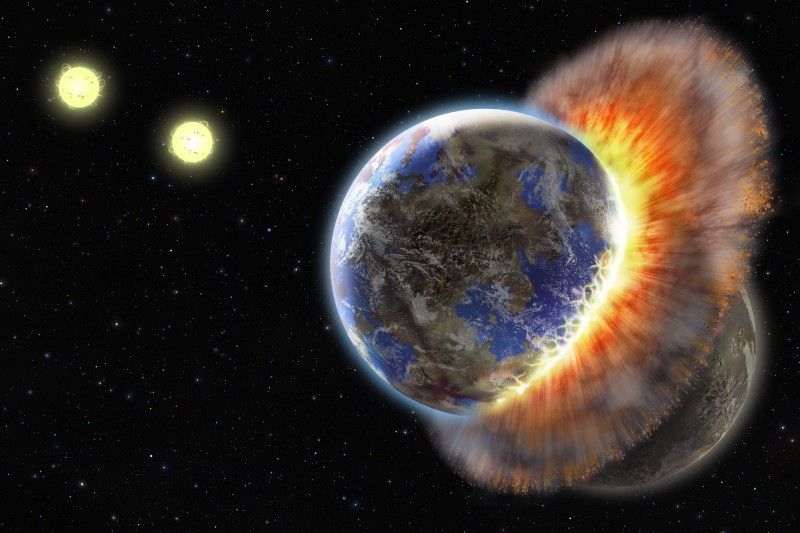 Explanation: For astronomers, close binary star system BD+20 307 originally stood out because it is extremely dusty. A substantial amount of warm dust surrounding it causes the system to appear exceptionally bright at infrared wavelengths. Of course, dust associated with planet formation is often detected around young stars, stars only a few million years old. But the BD+20 307 system has now been found to be at least a few billion years old, an age comparable to the age of our own Solar System. The large amount of warm dust is likely the debris from a relatively recent collision of planet-sized objects on the scale of, say, Earth and Venus, in the BD+20 307 system. Reminiscent of the classic scifi novel When Worlds Collide, the dramatic illustration offers a depiction of the catastrophic event. Ironically, this indirect evidence of a destructive planetary collision could also be the first indication that planetary systems can form around close binary stars. BD+20 307 is about 300 light-years distant toward the headstrong constellation Aries.