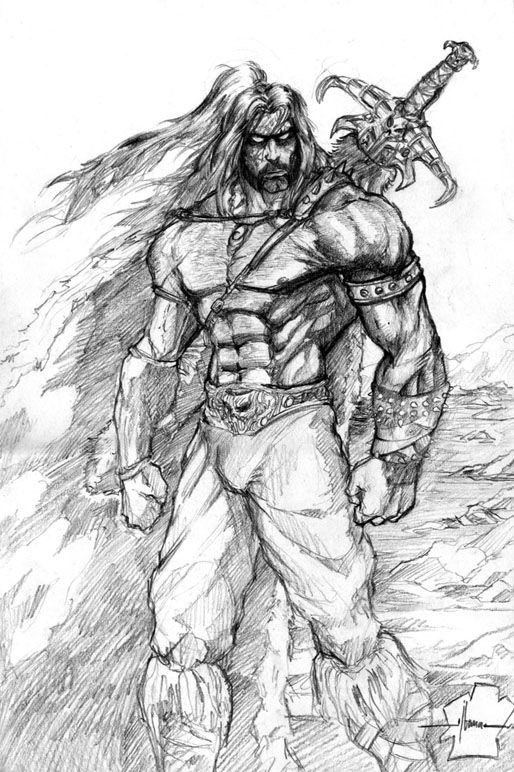 “Who are you?” I blurted out, before I had a chance to recover from my initial shock.
The dark elf just stared at me dumbly. He was either in shock from the pain of losing his hands, or from the pain of defeat. I regained my composure a bit, and took the elf by the collar, lifting him off his knees. “Who… are… you?” I repeated in a much firmer tone.
The dark elf blinked a few times, looked around at the bodies strewn about the cavern, at Celtore, Columbine, then back at me. “I-“ He started, but tears filled his eyes and his voice failed him.
“Stop your babbling, you cold hearted wretch. I don’t believe it for a minute. You’ll need to learn something very quickly here; when I ask a question, you better be answering before I finish asking. Do I make myself clear?”
The dark elf was trembling. A tear rolled down his cheek as he nodded vigorously. I noticed the blood running freely from his stumps. He was going to bleed to death before I got anything out of him. “Hold still while I tend to your wounds.” I said, flatly.
The elf held his breath. I took a stumpy wrist in each hand and closed my eyes. The magic was there. I felt it burning in my chest. Normally, I felt love when I healed. I could feel no such emotion for this creature. He had killed an innocent fairy. He had killed Queen Glowball. I had only hatred for him. The magic faltered. It was slow to respond to my will. I thought of Erai. I thought of the words she spoke at the council. I tried to imagine the dark elf as an innocent victim of the Phantom Lord. I told myself that he was being manipulated by the Phantom Lord’s power. The magic came
I felt the warm flow as it trickled through my hands. I felt the dark elf’s pain. I took it in, took it all. I felt the severed veins and arteries. I felt the blood escaping. I stopped it. The felt the magic knitting the blood vessels closed. I lent the dark elf my strength. I lent him relief. The wounds started to heal. I felt the skin growing back over the opening. I felt it, through the magic, and with my hands. Then it was finished.
I opened my eyes and removed my hands. The stumps were healed. They looked as if the wounds were a decade old. The dark elf’s face was set in open astonishment. I felt weary on my feet. My legs wobbled slightly. I didn’t want to show weakness to the elf so I tried my best to conceal the strain the healing had caused my body. Colly was on my shoulder and I felt her magic seeping into me, lending me strength. I whispered, “thank you”. She didn’t look at me, just nodded her head slightly.
“Why did you heal me?” The dark elf asked.

Continue on my blog at dragonsoulsbywjnixon.blogspot.com

Exciting story. Writing in the 1st person can be a challenge sometimes but you seem to have got the hang of it and nice picture, are you the artist?

I wish I could say I was, but nope. I ganked it off the web. I usually try to find the original artist so that if someone asks I can refer them to the artist, but I couldn't find this guy/gal.