Space The Cosmic Web of the Tarantula Nebula 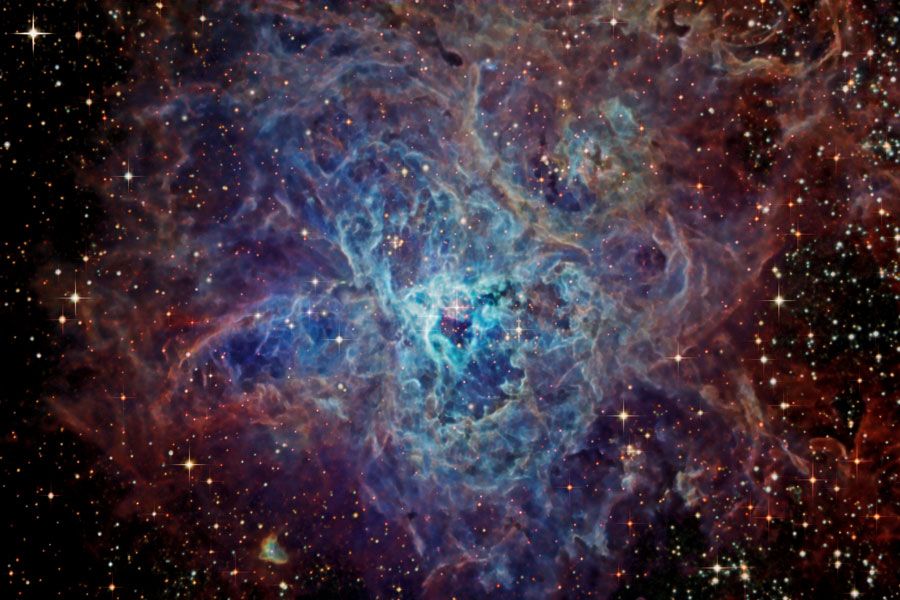 Explanation: First cataloged as a star, 30 Doradus is actually an immense star forming region in nearby galaxy The Large Magellanic Cloud. The region's spidery appearance is responsible for its popular name, the Tarantula nebula, except that this tarantula is about 1,000 light-years across, and 180,000 light-years away in the southern constellation Dorado. If the Tarantula nebula were at the distance of the Orion Nebula (1,500 light-years), the nearest stellar nursery to Earth, it would appear to cover about 30 degrees (60 full moons) on the sky. The spindly arms of the Tarantula nebula surround NGC 2070, a star cluster that contains some of the brightest, most massive stars known. Intriguing details of the nebula are visible in this scientifically-colored image. The cosmic Tarantula also lies near the site of the closest recent supernova.