It’s Coming! Get Your Tickets! Don’t Miss It!
It's Ghastly! Horrors and Thrills Beyond Belief! 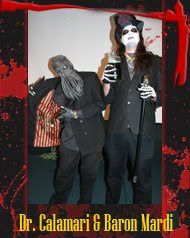 Bloomington’s own second annual Dark Carnival Film Festival begins next week! If you love vampires, werewolves, zombies, ghouls, ghosts, monsters, and horror films of all types, I hope you may get a chance to attend one of the greatest exhibitions of scary movies ever held in the USA.

I attended all five days of the festival last year, and enjoyed films like the superbly animated, eerie Blood Tea and Red String; the Chinese undead-vs.-chop-socky God of Vampires; cannibalistic white trash in The Blood Shed, plus much, much more. It was wonderfully horrible, and a fantastic show night after night. Emceed by Bloomington’s own Atomic Age horror-show hosts, Doctor Calamari and Baron Mardi, this event is absolutely mind-boggling. During the peak of last year’s festival my own daughter was confronted in front of the Buskirk-Chumley Theater by none other than a chainsaw-wielding Michael Myers from John Carpenter’s Halloween. But this year may be even more special because scheduled to make a guest of honor appearance is none other than Indiana’s most famous horror movie host: Sammy Terry!

I can thank my dear late father for introducing me to the horror movie genre. When Sammy Terry presented the classic Universal monster movies, Frankenstein, Dracula, The Wolfman, Dad and I stayed up late to watch, and what fun it was. I think one of the first that we saw together was actually the finale of the Frankenstein series, Abbott and Costello Meets Frankenstein, which despite its lighter, comedy moments had some very frightening Wolfman scenes, including when Lon Chaney Jr. savagely shreds a living room chair in a lycanthropic frenzy as he futilely tries to attack Lou Costello!

And so my personal love of horror continues as I wait with eager anticipation for The Dark Carnival to begin. Blood will flow, women (and men!) will scream, and dark things will walk the streets of Bloomington again, and I will be one very happy guy! 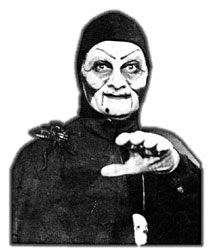 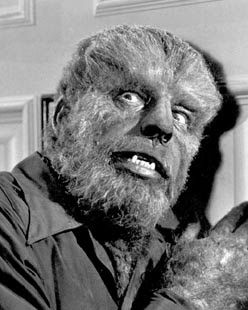