My name is Jesse Page. I just joined you all here at Alien Soup and want to introduce you to my new self-published novel called The Darkest Night. 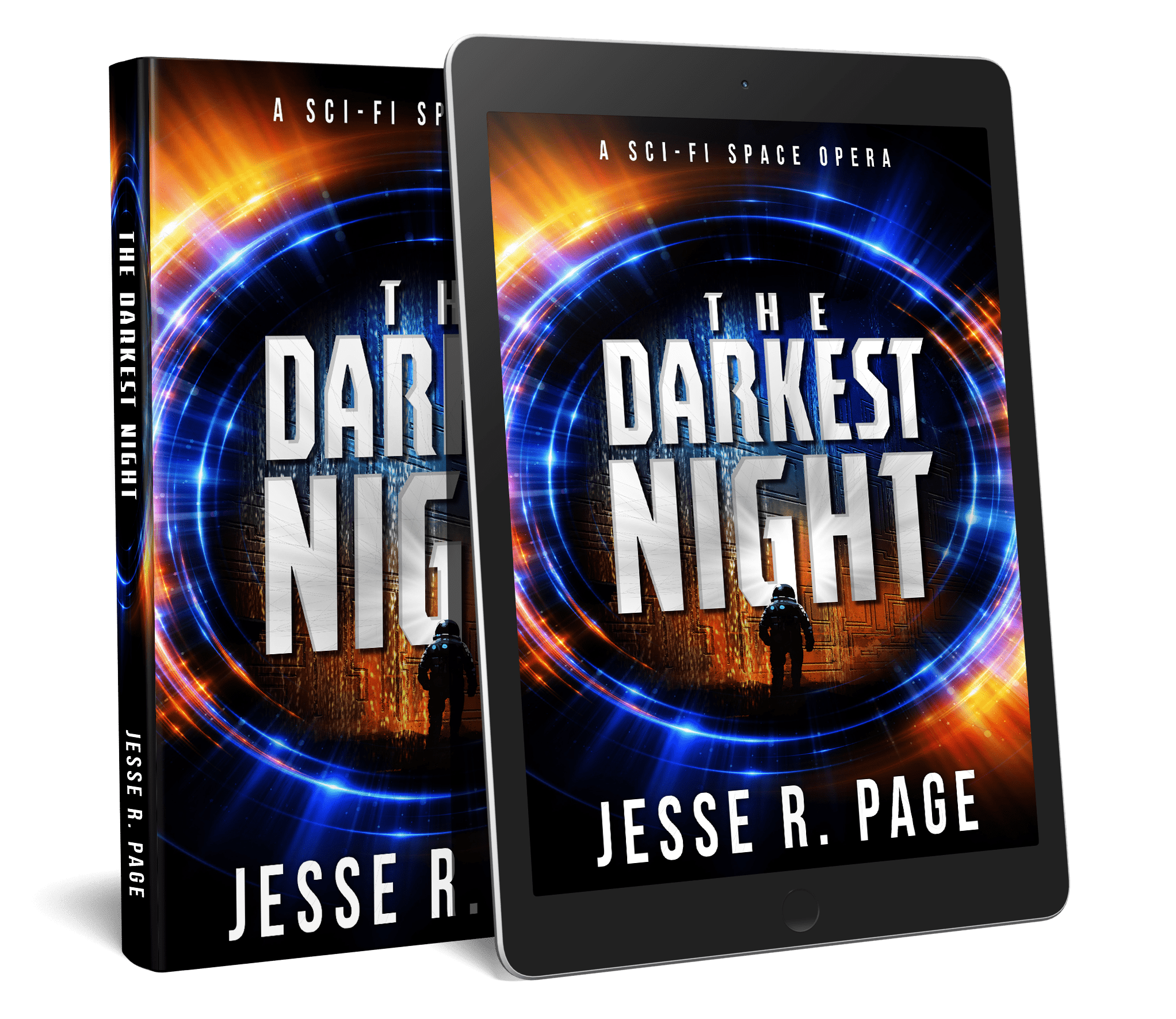 Brief intro:
The Shie Empire appears unstoppable. After a surprise attack on the Gillian homeworld and the conquest of thousands of star systems they now are deadlocked with the United Gillian Provinces in the Yggdrasil system. The Gillians however, have a plan to defeat them. An experimental warship armed with a new stealth drive. But as Zackery Chaplain knows there are far worse things in the galaxy than the Shie, and they are headed into orbit of a dying world.


I look forward to talking more about it and the creative minds here on the forum.