Staff member
The Forgotten with Julianne Moore tells the story of a woman, Telly Paretta, grieving for her son, Sam, who died in a plane crash 14 months earlier along with five other children. She is forced to question her sanity when her husband & psychiatrist both insist that she never had a son.

Her downward spiral begins when even the physical evidences, pictures & videos, she looks at over & over again are suddenly erased. Even her best friend, whom Telly remembers babysitting Sam as a child, tells Telly that she doesn't know anything about Sam or of Telly having a son.

After being threatened with hospitalization Telly makes her escape in a quest to find the truth. What follows is an emotional action-drama that shows that some bonds between a parent & their offspring can never be broken.

Now why, you may be asking, would I be writing about a movie like this on a forum that is mostly sci-fi & fantasy oriented? The answer to that question would be a spoiler. I know, it is an old movie, but I suspect some of our community members may not have added this movie to their viewing list based upon the commercials.

I actually liked this one because it is one of those stories that does not try to wrap everything up into a neat 30-second summary. There is a story, there is definitely some intrigue, and there some questions answered. Some scenes can seem to be a bit slow paced but if your looking for a nice genre movie that is not over-the-top, give this one a try. 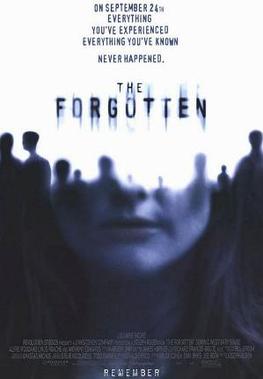 B
The movie: the Last airbender