Determine dialog, inner thoughts and simultaneous alternate character discussions. Use personality influence for each specific character. Include morality uniqueness along with personal strengths and weaknesses. Keep dialog moving forward to the intent of the chapter. Include inner concerns, fears and victories. Maintain attitudes unless supported by logical changes in circumstances.

Remember that all aspects of the story must progress toward the story goal. No unnecessary writing. Edit out but keep a copy in case it can be used later in the story or in some other way to advance the chapter.

Continuously 'proof read' each segment, each chapter and each significant section to make sure it tells the story as intended.
Continuously update story notes and worksheets. Remember to include updates to significant character bios and other worksheets in the specific outline segments. Keep a copy of all changes 'old and new'.
Discard/remove anything which does not advance the story.

Once the construction of the story is fine-tuned, proof read for grammar and spelling. Remember punctuation. Refrain from using vulgar language unless it advances the story or character.

Remember it is science fiction. There needs to be enough actual science in the story which supports the fictional science introduced. The story and 'conditions' need a realistic feel. Refrain from using magical explanations.

Specific Conditions Within This Story

The Advanced AI is NOT a singularity AI.
All AI are Humanity Helpers and do not possess individual motives against humans.
The Advanced AI is observational. It discovers and assesses but cannot create from the discoveries it learns. It needs a human to tell it what to do with the information. Once directed (by a human) it can make 'informed' decisions for similar outcomes.
Nano AI command programs only control nano-systems and nano manufacturing as directed by the other AI systems under the authority of humans. No nano AI can create or destroy without human approval. It does have the ability to understand the intent of the commands.
All AI systems understand human intent but are restricted to humanity moral directives. An example of this would be preservation of life, the mission and the ship.

Most of the story takes place on the expedition command ship. The command ship is the largest ship in the fleet. It also acts as the hub ship during interlink mode operations.

Spooky travel is controlled by the Advanced AI. All other AI systems have the ability to command a spooky insertion to any previous destination. Each individual ship in the expedition fleet has the ability to construct a spooky portal, however such construction depletes that ship's mass which must be replenished.

Humans require no external space suit/environmental suit. Every human is fitted with a nano-protection module which instantly deploys a barrier/life support covering around the body. Nano-protection modules also need replenishment which is accomplished by eating and drinking. In long duration situations, the module will replenish using individual waste and fat stores but a protection command prevents depletion to the point of fatality. At this point, death occurs if the stranded crew member is not rescued. 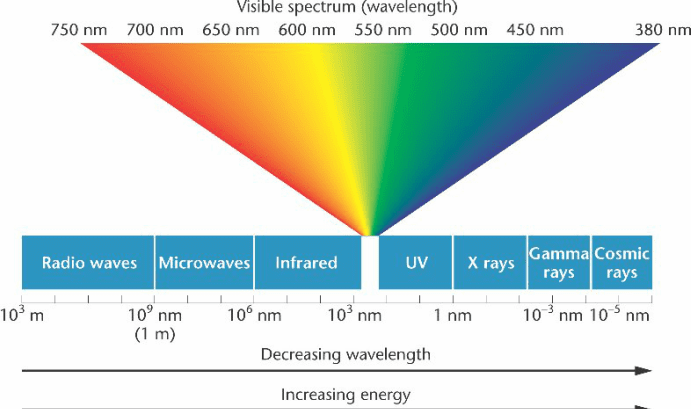 There were two significant discoveries which revealed the Kappa condition.
The first was the discovery and utilization of the Epsilon wavelength.

Epsilon Wavelength
The Epsilon Wavelength extends past the cosmic ray wavelength which allowed cosmologists to study Black Holes directly. This wavelength is so fast it exceeds the limitations of the black hole's event horizon.
The Epsilon wave cycles 1 billion times faster than a Cosmic Wave. It makes up the energy which composes Quantum Foam and contributes to the surface of Strings

A few decades later scientists expanded the spectrum when they discovered the Kappa Wavelength.

Kappa Wavelength
The Kappa Wavelength extends past the radio wavelengths. It possess a cycle length of 2.2 light years.
After observing Epsilon wave signatures from multiple references in the deep fields it was found known, measured space was disappearing. That missing space was however, not 'gone' but different.
The same coordinates reveals in Kappa large areas of mass? Space is changing and this condition continues to move closer and closer to us.

My personal conclusion is these new wavelengths are just that, New.
I don't believe they existed until they suddenly appeared and were subsequently 'discovered'.
I believe something in the Universe is changing as the Kappa Effect continues to grow closer to us.
My concern is how these changes might affect known physical laws and properties.
Will quantum properties and laws change in this area? Most of our technology including communication and transportation is dependent on quantum technology.
I'm also curious why the advancement of this condition is random and sporadic with no definable 'front'?

A fleet of special advanced ships were constructed to investigate this new, but disturbing condition in space.
The mission is tasked to go to the edge of 'known space' at the Kappa Barrier and take observations and send real-time data back to Earth via quantum communication.
The mission commander is tasked with determining whether the fleet continues past the Kappa Barrier and into this unknown region.

Humanity's common thought is 'Kappa Space' explains the long pondered question of "What is Dark Matter/Dark Energy?". The consensus is the unexplained mass is normal mass which has been 'changed' by some hereto unknown force or forces.

The Kappa Expedition is intended as a 'one-way' mission. We must know if life can and does exist in Kappa space. We must know if regions within the Kappa Effect continue as 'known space' or is the effect universal? We need to know the exact rate of advancement and conditions of saturation of the Kappa Effect.
Too many important questions and too many unknown questions we have yet to fathom.
We need information.
We need real-time data and observations.

The expedition will be a series of quantum way-point jumps across multiple galactic super clusters.
Along the way, many replenishment missions will need to be made to keep our mass stores available.
Additionally, there is a mandate for exploration and discovery.
There is even a 'seeding mandate' which directs us to deposit Earth ecology samples on worlds which can support them.

Each ship in the fleet has memory storage decks and one ship is wholly purposed to memory storage.
Additionally, all new discoveries are sent back to Earth via multiple quantum relays which are nano-constructed and stationed along the way. These quantum relays also act as way point stations to accommodate transportation back-up. Each is equipped with an emergency nano-assembly deck, a defense platform and environmental decks.

Each ship, with a few exceptions, start out with a crew of 1,000 specialized crew members and staff.
The command ship starts with 50,000 and the maintenance ships each have 20,000 crew members.
There is one command ship, three maintenance ships, three mass storage ships, two communication ships and one of each; habitat support, seeding storage, sample storage and redundancy storage ships.

All ships in the fleet interlock together as one single vessel.
Interlock is used primarily for Spooky Jumps. Interlock also increases defensive systems of each interlocked ship. During interlock a specialized cannon forms which is used to pulverize matter to its atomic structure for harvesting. Each ship also has a smaller pulverizer cannon for individual mass harvesting. Without mass replenishment nano-construction is reduced to recycling preexisting constructs.
The nano control AI programming prevents recycling of vital system components which can only be overridden by human command authority.

Command authority and credentials are established via DNA/Personality ID print registered in the Advanced AI directives.
The Advanced AI influences all slave AI systems.
All AI systems have individual personalities designed to improve human/AI interactions.
Many pick their own names but will respond to nicknames.

The Advanced AI mandates are as follows:

There is no money/wealth. Nanotechnology allows anyone to have what they need/want materialistically.
Crew members often trade their personal mass stores. Many often nano-recycle their own belongings.
All are subject to human frailty. Theft, rape, murder and betrayal plague humanity and life aboard ship is no different except there is a command structure which supports humane behavior. Plus the fact everything, everywhere onboard is constantly recorded/watched by the AI systems.

Deaths still happen tho longevity is not an issue. Everyone is equipped with emergency medical nanobots.
Only extreme physical damage results in death.

Each crew member is carefully selected for mental stability.
There are AI counselors and human counselors aboard to help with mental issues.
Each AI system has been programmed to detect human stress signals and methods to alleviate that stress.
Sex between crew members is permitted, up to and including marriage. Orientation is open and accepted.
There are a number of recreational devices and programs for gratification as well.

There will be moral, navigational and survival adjustments during their voyage.
Some crew members will die, some will leave to settle on a new found planet and others will go insane.


Welcome to my project!​

Sci-Fi Put a Story to the Title