Overview: Brakebills University is a secret institution specializing in magic. There, amidst an unorthodox education of spellcasting, a group of twenty-something friends soon discover that a magical fantasy world they read about as children is all too real— and poses grave danger to humanity. 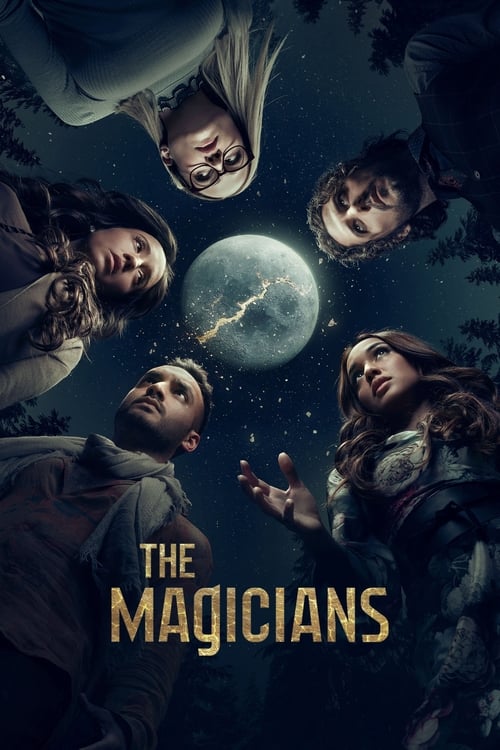 Staff member
Recently my brother, who is as much of a genre geek as I am but doesn't like to show it, recommended that I watch The Magicians on SyFy. It was an interesting recommendation from him as I knew that he doesn't really follow series in real-time broadcasting anymore and now mostly catches up to them via streaming services; same with his movie watching and I could not recall the last time he recommended a show.

Prior to the recommendation I was aware of the show only via the SyFy commercials. I had known it was an urban fantasy show based on a series of book and that it was oriented towards adults. The commercials on SyFy turned me away from it because, to be blunt, at least the season 1 commercials seemed to emphasis the sex scenes over the actual content of the show. The typical cable TV show of "actors-who-look-like-models-all-involved-in-relationship-drama-with-each-other" doesn't appeal to me.

Being able to work remotely a couple of days a week from home has it's advantages. Being able to have Netflix streaming on the X-Box while working on my laptop is one of those advantages. Might as well watch the first episode or two to see why it was recommended.

Simply put, my preconceived notions about the show were wrong.

The show's premise is a bit of Harry Potter combined with The Lion, The Witch, and the Wardrobe with a bunch of self-deprecating humor & pop culture references like Buffy, The Vampire Slayer but aimed at adults who might want to watch an 'R' rated show with very adult content & language.

Quentin Coldwater and his best friend Julia up grew reading the "Fillory and Further" series of books about Fillory, a magical land that can be accessed through magic doorways and is explored by a group of sibling children living with their guardian in the English country. As an adult Quentin hasn't yet found his way in the world and is shocked to discover that magic is real and Fillory is a real place. Given a chance to train at Brakebills University as magicians, Quentin passed the entrance exam while Julia does not causing her to seek out magic training from anywhere she can. While Quentin quickly falls in with a new group of friends learning magic Julia ends up craving, much like a drug, magic knowledge from anywhere she can. The decisions & actions of both them lead to dire consequences for themselves, Fillory, and magic itself.

I ended up binge watching the first and second season on Netflix and then catching up to the first two episodes of season three using FiOS on-demand. 28 episodes. In two days. With no caffeine in my system for nearly two weeks. Season 3 is currently airing, with only two episodes shown so far, so I've got the DVR scheduled to record it going forward.

To say that it is intended for adults can't be stressed enough. There is violence, rape, debauchery, and some language that I'm surprised is on a SyFy show. Oh, and if you like cats, you'll want to fast forward scenes with cats in them; trust me on that one.

If you are easily offended or lean to the far right of being conservative then it's not a show for you. If that doesn't apply to you and you like fantasy themed shows and you can handle some very mature topics then you just might like it.

Shockingly, it was a good recommendation from my brother.

Sy-fi is pretty good, Sharknado was fun. I wish they would devote some time to some vintage sci-fi shows, the new stuff is pretty cool, but as an old fart, I digs the olde school stuff also....

Staff member
Apparently I'm not the only one watching... SyFy has ordered a fourth season of 13 episodes to be aired in 2019.

I've been thinking of giving this one a chance.
Recently heard about it and thought it might be something for me.

Writer
I love The Magicians series. It differs in details from the books, but not in spirit.

Staff member
S4 of The Magicians is slated to premiere January 23, 2018, at 9PM Eastern. Ember is back and he is not happy.