Sci-Fi The Man in The High Castle (Amazon)

Staff member
I've started watching The Man in The High Castle on Amazon based on the award-winning book by Philip K Dick. After viewing the Amazon pilot for it earlier this year I went back and read the book. When I found out the show was picked up for a full season I was really curious how it'd turn out. The pilot was Amazon's highest rating pilot that they've done so far.

Compared to the book there are a few changes but nothing wildly out of line and stuff that is usual for film adaptations like character roles being merged or their actions changing to move the story along with the same result but in a different manner. Scenes & situations that are mentioned to or alluded to in the book are shown on screen and vice versa. The biggest change is in the book the contraband object at the center of everything is a book named "The Grasshopper Lies Heavy" while in the series it is a news film reel. Tony Williams has already done a great write-up of the book which you can find here. 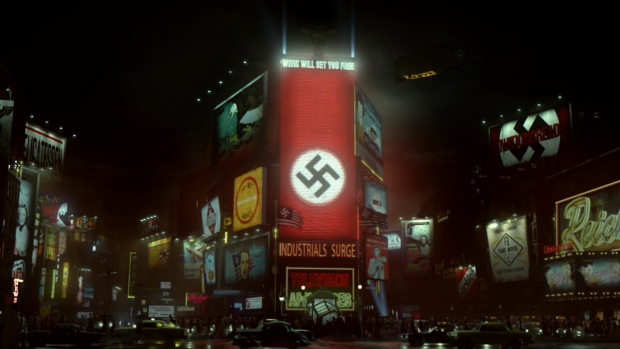 The show starts off with man in a New York movie theater showing a patriotic film clip. At the end of the clip the first sign that this is a very different NY than what you're used to is that the US flag has a Nazi reich symbol where the stars should be. When the man, Joe, walks through Times Square it is visually stunning not just because of the neon but because of the very prominent Nazi logos. Joe meets up with a local resistance cell and is given an assignment to drive a truck and it's hidden cargo to the mid-Western states.

Meanwhile in Japanese controlled San Francisco a woman, Juliana, is devastated when her sister is killed after giving her a package. The package is a film reel with "The Grasshopper Lies Heavy" hand-written on it. Juliana, after watching the news film showing an alternate outcome to WWII, flees San Francisco to the non-occupied mid-Western states in the hopes of completing her sisters mission. In her absence those around her are forced to pay the price for what they may or may not know about Juliana and the film reel.

While Joe and Juliana cross paths, and Joe is revealed to be not quite what he seems, there is tension between the Japanese and Germans. Japan controls the entire West Coast but Germany wants the area; subterfuge is in the works with agents working for and against a clash between the two world powers.

The Amazon series has seemingly spared no expense when it comes to special effects and sets to show an immersive alternate history to our own. There are 10 episodes in the first season, each about an hour long, including the pilot which is now episode 1. Versus viewing shows on Netflix I didn't think I'd miss the automatic playing of episodes, with the next episode starting after the opening credits, but after just a few episodes of watching High Castle on Amazon I find the experience of the X-Box 360 Amazon app to be a clunky affair.

hope I can see it on youtube before long. sounds really interesting. I love alt history.

Staff member
Amazon has ordered a second season of Man in the High Castle. No word on the expected release date.

I am going to start this series soon. I've heard too many great things about it.
I guess season 3 will air in late 2017.
Jason O'Mara has been added to the cast! Solid actor, he's been in pretty much everything. 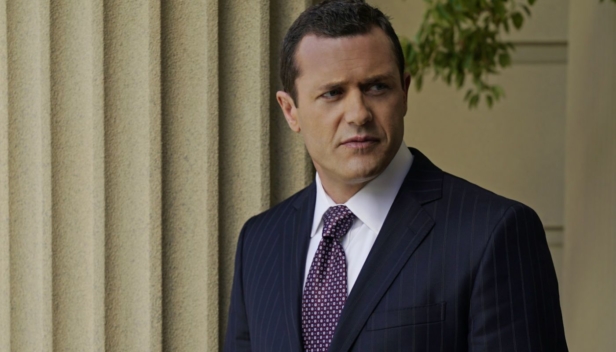