The Rise Of Drones

Say in thirty years time when Drones will be easy to build and own there will be many buzzing around despite local laws etc. Mainly those looking to cause trouble as well as delivery types. I'm referring to small Drones here. What I am wondering is what methods will the authorities use to bring down Drones which cause problems in the skies above our cities and private properties?

Any views welcome (from catapults to police arms). Would the probability of being shot down influence the rise of Drones overall do you think?

From google search of EMP GUN
The U.S. Army is testing Raytheon's Phaser, a massive electromagnetic pulse (EMP) device that can shut down an entire drone swarm with a single blast.

Anyone can buy an EMP generator on Amazon for less than $300 (£200) — and I must point out that there are valid uses for EMP generators in a contained environment — that could not bring down America, but it could certainly destroy every electronic device in your neighbor's home (and yours as well unfortunately).

EMP has no known effect on living organisms, but can temporarily or permanently disable electrical and electronic equipment. 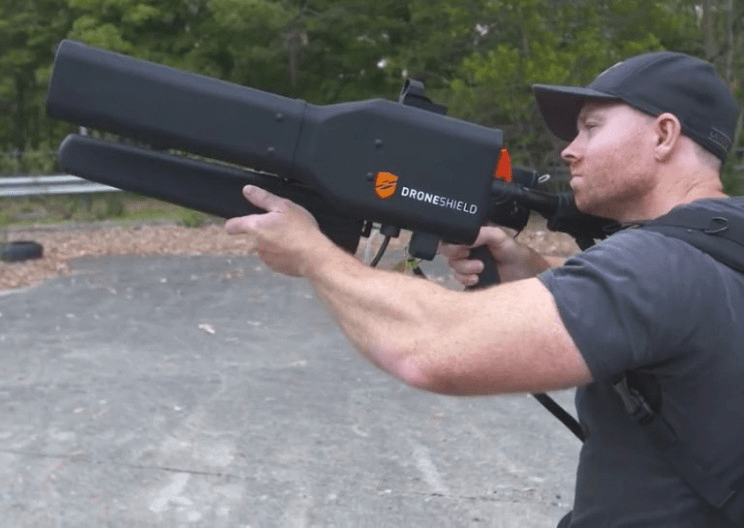 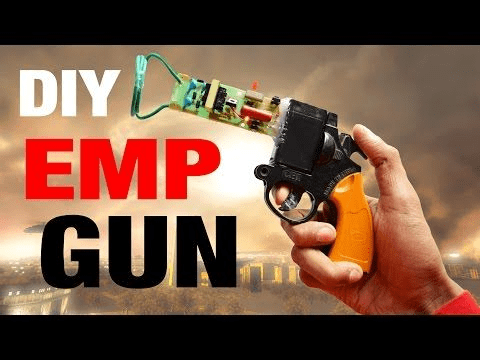 I'm in UK so don't think these are available over here (hence my ignorance of their availability). A point and fire like a shotgun? Guess the power source soon needs charging if on full power.
Last edited: Feb 21, 2021

falconers are finding new uses for their birds sir...and the birds love it......b 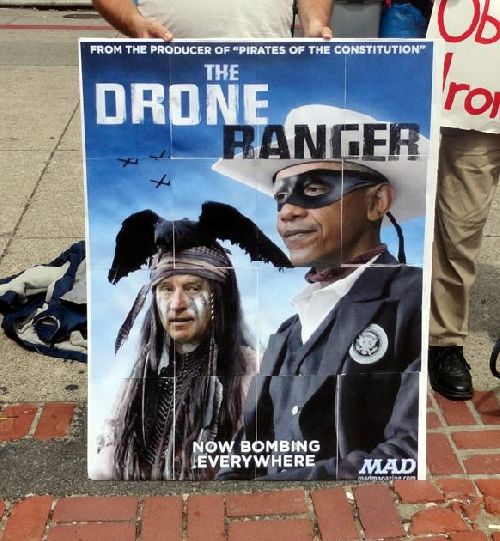 So what damage can a pocket EMP gun do? And at what distance?

its all about power supply. a really good solar reflector can melt almost anything if big enough and done right -- Odeillo solar furnace - Wikipedia -- and some solar death rays you can see on youtube are very impressive.....i have only read about emp, popsci mag did a big article on it long ago, and there was a movie about the emp from a nuclear blast, all very bad. i dont think an emp can be configured to take out a drone. i myself am waiting for them to be hacked, they are wireless afterall, thats like being in rat city wearing cheese pants....b

here are some pix of the last nazi experimental jet:

"i dont think an emp can be configured to take out a drone." Then what would the hand-held EMP guns be used for? Apart perhaps from zapping someones smartphone!

The drone mitigation market includes everything from eagles to net guns, but a lot of recent focus has been on jammers that put interference between the drone and either its pilot or the GPS signals upon which the drone relies.

How to disable a drone on your property?
The US Air Force said in September that it will test a prototype of Raytheon’s “Phaser” anti-drone system, which uses a burst of high-powered microwaves to stun a swarm of commercial drones while frying their electrical components. Counter-drone lasers, which are also reportedly undergoing Air Force testing this year, are better at incinerating one drone at a time. Both of the “directed-energy” weapons could be used in a single system. The Turkish military has also used drone-downing laser technology.

Cutting communication signals between a drone and its pilot is by far the most popular counter- drone approach. “Jamming rifles” are able to target the right spectrum, but if you don’t want a crash landing, “spoofing” allows you to commandeer a drone by sending false GPS signals that guide it to where you want it to go. “Perhaps the biggest long-term drawback to spoofing (and jamming for that matter) is that in the not-to-distant-future there will be autonomous drones with no communications links to the operator or a satellite,” Holland Michel says.

Taking a drone out of the sky, especially with an actual gun, does not take a whole lot of firepower. According to Cornblatt, "Drones are so fragile that almost anything that hits them or touches them is likely to cause them to crash or lose orientation."
That being the case, virtually any firearm can absolutely thrash a drone if it draws blood, so to speak. 9mm pistols on up to full-on sniper rifles stand roughly the same chance of turning a hit into a kill. Even lowly pellet guns—some of which have muzzle velocities on order with that of a .22 caliber rifle—stand a good chance at doing fatal harm. "If you were to hit a drone with [a BB], that pellet would penetrate and certainly cause some damage," Cornblatt told me. Should you find yourself in range to hit it with a rock or a baseball, that's likely to be a game-ender as well. 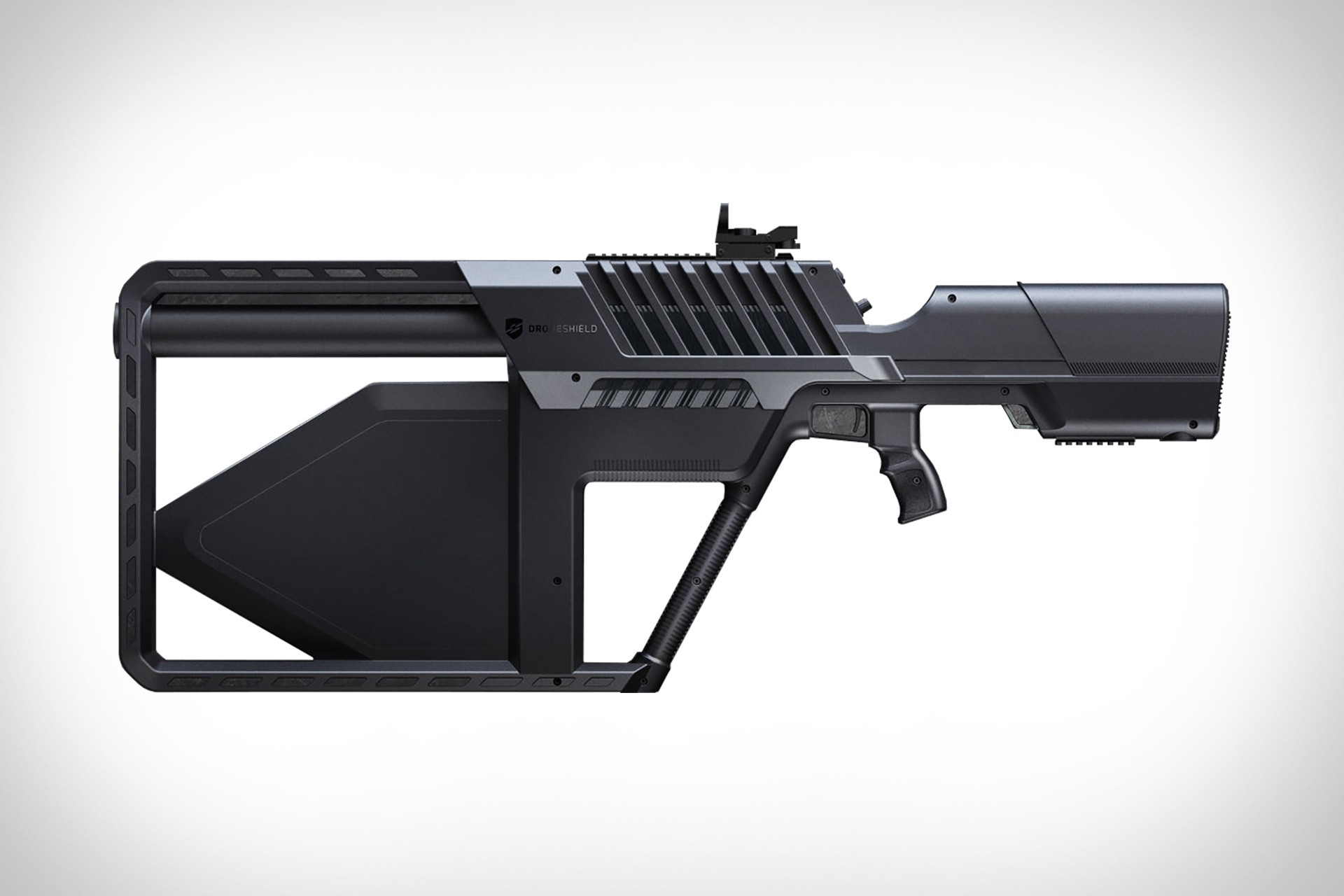 While drones are still fun and harmless to many, others see them as a privacy threat. The DroneGun Tactical was made to help keep the increasing number of flying robots in check. It weighs 15 pounds and sends jamming frequencies...


Developed for law enforcement and security teams, the SkyWall 100 is a handheld system... 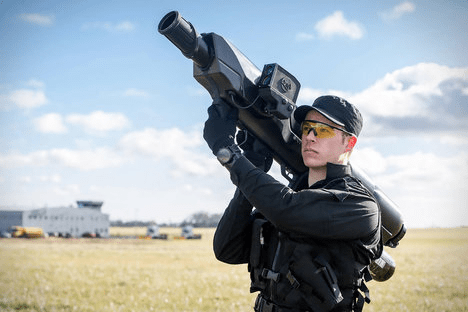 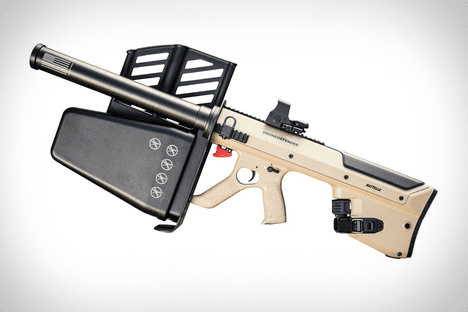 
Created by a Taiwanese company, this Anti-Drone Rifle is built to disable or send... 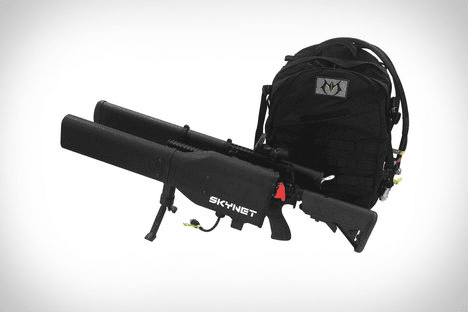 wow those look very well developed, weaponry in general is huge innit? i hear a lot of anti weapon stuff and especially from some quarters, but the people that run those people are gunned up to the max, you bet. there are very large drones as well as small. i live between benson az and las cruces, two hot spots for watching the border with big remotely manned loitering drones, drop in on movement on the ground, fly you long time baby. They have spent brazilians of dollars doing all this, so they have to use some of it even if it is dinosaur poop. out in arizona is literally miles of used aircraft in the parts bin, near tucson, i got lost one day and drove by it through it, what a gawker I was. davis monthan i think.
E

Can an anti-drone device take out or confuse a Smartphone then?

Rise of the Walking Machines