Tagline: I'm gonna kill you all kinds of dead.

Plot: Down these mean streets a man must come. A hero born, murdered, and born again. A Rookie cop named Denny Colt returns from the beyond as The Spirit, a hero whose mission is to fight against the bad forces from the shadows of Central City. The Octopus, who kills anyone unfortunate enough to see his face, has other plans; he is going to wipe out the entire city. 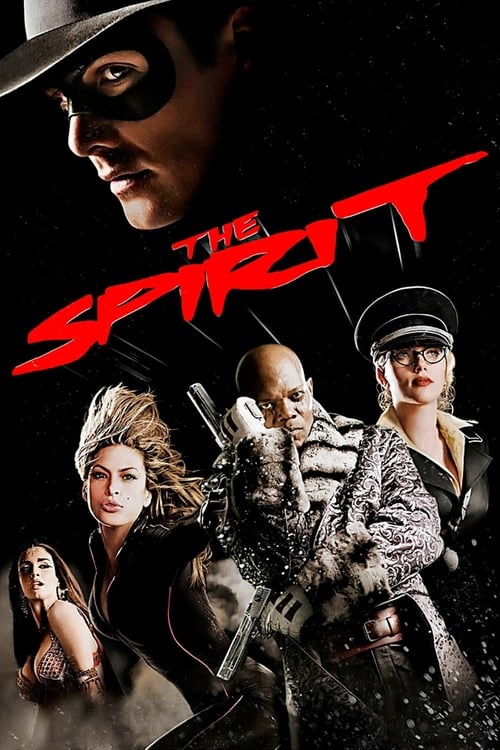 Is Frank Miller’s ‘The Spirit’ Already A Flop?

Comic fans can be a tough bunch to please, and wildly unpredictable at times. Let’s face it, who among us would’ve imagined Robert Downey Jr. to not only nail the role of Tony Stark in “Iron Man,” but make it one that fans could only imagine him as?

That said, when word got out that comic icon Frank Miller would be writing and directing an adaptation of Will Eisner’s “The Spirit,” it was almost as if you could hear the excited applause through the message boards and blogs. However, after Lionsgate released the film’s second trailer for the film recently, that anticipation for Christmas 2008 quickly devolved into to pure fanboy angst.

So what went wrong?

Scouring over the message boards recently — before the latest clip was immediately taken down by the studio — it appears that there are several gripes with what’s been seen of “The Spirit” so far. To name a few, some fans seem to be turned off by Miller’s approach to the overall look and feel of the film — many saying that it’s far too similar to Miller and Robert Rodriguez’s “Sin City” which, given the original source material for “The Spirit,” is hard to be disputed. The original comic book series, while dark at times, was substantially more of a light-hearted (and colorful) “Dick Tracy” rather than the stark world created in “Sin City.” It’s not too uncommon to hear people asking if this is merely “Sin City 2.”

And while there were plenty of femme fatales to go around in the original “Spirit” comics, fans are also questioning if whether or not there’s such a thing as too many stars in one movie. Many viewers of the latest trailer (where the film’s cast of current Hollywood knockouts are brought to the forefront) were actually confused as to whether “The Spirit” was about them or this masked man that pops up from time to time.

Miller — while clearly a genius in terms of writing — has long been a whipping boy for the comic industry, especially lately (do a quick search for fan reaction to his “All-Star Batman & Robin” comic series to get an idea), and unless he’s hiding something with “The Spirit” that can’t be seen in the trailers, he could find himself persona non grata among the die-hard fanboys — his bread and butter, so to speak.

Have you seen the trailers for “The Spirit” yet? Do you think the criticism is justified, or are you still excited to see the film? We’d love to hear about it!

Re: Is Frank Miller’s ‘The Spirit’ Already A Flop?

Yeah, I saw the trailer... and my reaction was, WTF?

It looked terrible. Then again... I'm a bad judge of these things. I was the guy who predicted that Titanic would be a Cleopatra-sized flop.

Staff member
Re: Is Frank Miller’s ‘The Spirit’ Already A Flop?

Growing up, The Spirit was a comic book favorite of mine so I was pleased to see that it was making it's way to the big screen. For that reason alone I will be watching it.

But... after seeing the early artwork for the film, my reaction was the same as what was mentioned in the article above: It looks too similar to Sin City. The movie version of Sin City fit the comics perfectly and the technique was praised but I don't see the justification of doing the same style for The Spirit, especially taking into account that the comics version of The Spirit are totally different from Sin City.

I just hope that Miller has not fallen into the trap of "Hey, Sin City looked great and the fans loved it. Let's do another comic movie and make it look the same!"