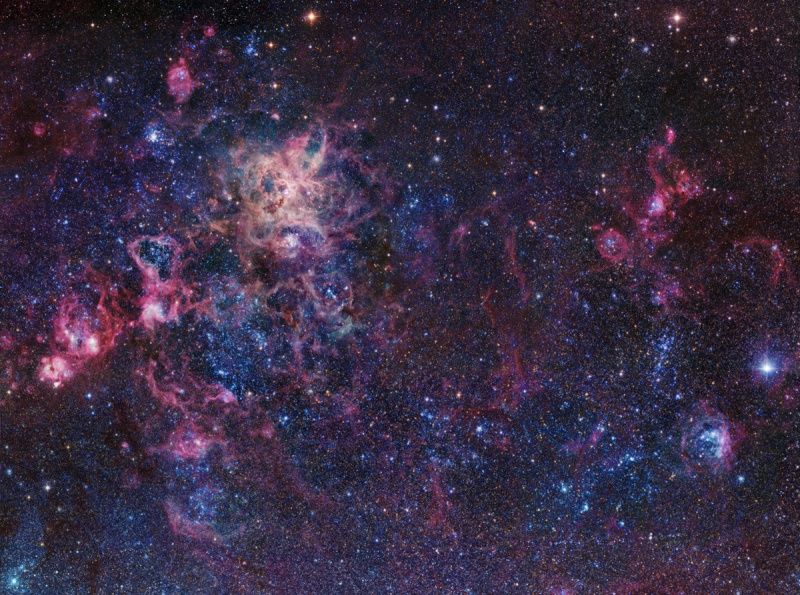 Explanation: The Tarantula Nebula is more than 1,000 light-years in diameter -- a giant star forming region within our neighboring galaxy the Large Magellanic Cloud (LMC). That cosmic arachnid lies at the upper left of this expansive mosiac covering a part of the LMC over 6,000 light-years across. Within the Tarantula (NGC 2070), intense radiation, stellar winds and supernova shocks from the central young cluster of massive stars, cataloged as R136, energize the nebular glow and shape the spidery filaments. Around the Tarantula are other violent star-forming regions with young star clusters, filaments and bubble-shaped clouds. The small but expanding remnant of supernova 1987a, the closest supernova in modern history, is located near the center of the view. The rich field is about as wide as four full moons on the sky, located in the southern constellation Dorado.

I'm trying this out as a desktop background. I'll likely go back to black but this picture is just beautiful