If a book has a picture of a spaceship on the cover, I can't resist picking it up. But more often than not I wind up putting it down because I've become quite discriminate in allocating my precious free time for reading. If the story's premise is too wacky or if the plot features unbelievable scenarios or characters who act like ill-behaved children, I will pass it by. 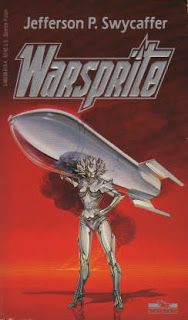 One of the benefits of my job at a large American university is having access to virtually any book, in or out of print, courtesy of the superb interlibrary loan system. During the holiday season I requested and received the now out-of-print works of Jefferson P. Swycaffer, who during the 1980s and early 90s authored two book series inspired by the classic Traveller science-fiction role-playing game. Swycaffer's tales take place in the Concordat of Archive star federation, and incorporated lots of Traveller tech. 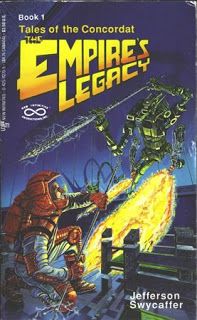 ​
I've been a collector of Traveller-related games, books, and magazines since 1977, and though I've only actually played the game a handful of times, I have always enjoyed the Traveller universe as presented by its many publishers and authors. Usually I rejected the standard Traveller game scenario of a group of recently mustered-out star veterans or down-and-out star traders or smugglers, settings greatly inspired by Star Wars' Han Solo. My preference was always for Traveller characters to have access to some useful resources and first-class starships, so more often than not I would choose Star Navy characters on active duty for the few games I participated in. I was pleased that Swycaffer's novels presented mixed casts of both types of characters. And while his books' heroes and villains were, indeed, often portrayed as acting like immature adolescents, and I sometimes found myself quickly skimming over a chapter or two, I'm glad I read these seldomly-remembered tales set in a familiar universe. 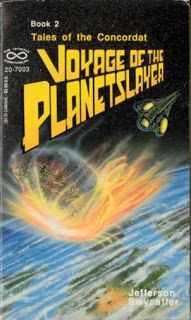 My favorite was Not In Our Stars, a story about a world recovering from a limited nuclear war. Though Swycaffer seems to have been a member of the "we don't have to worry about a little radiation" writers' club that I see so often from convervatives like Dale Bond and the neocon Baen club, it was still an enjoyable read.
​

I love the covers of Swycaffer's books, and perhaps the most memorable is that of Warsprite, published by TSR Games, and not a part of his Traveller-inspired series. 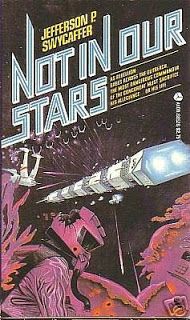 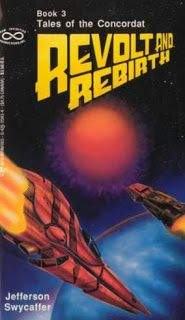 Finally, I should make a brief apology for my lack of blog posting since New Year's. My excuses are an extra-heavy workload since I gained an entire new department full of computers, plus I was busy contacting Senators, Congressmen, and the U.S. Embassy in Yerevan, Armenia, in a campaign to help my sister-in-law, Nona, get a hard-earned tourist visa so that she can visit the United States.

Residents of the former Soviet Union are almost never given permission to visit as tourists, but with the good help from my reps in Washington, Nona was finally successful, and she will arrive in two weeks for her first USA visit. Here's lovely Nona's pic, below. I think she should be Miss Armenia 2008. Nona had a profile on Match.com until the wankers at that company cancelled her account without explanation. She goes by the alias "Nonajan" online. Eat your hearts out, guys!


Welcome to the USA, NonaJan ! 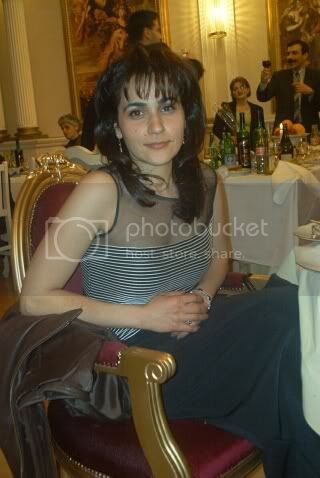 S
the sisterhood of the travelling pants
3 4 5