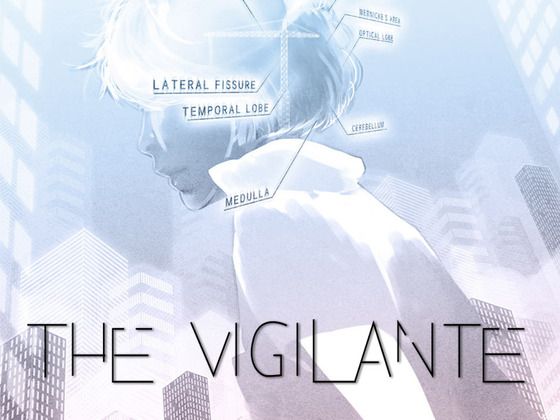 “The Vigilante,” is a live action, 30-minute thriller about a teenage orphan avoiding corrective brain surgery.

We are currently attempting to raise $70,000 through Kickstarter, an all-or-nothing fundraising website for creative projects. We have 10 days left in our campaign and have raised $28,000, 40% of our goal. If we don’t raise the full $70,000 by June 11th, we get nothing.

Through these various mediums, the fictional world of “The Vigilante” has been created; a world with neuro-plastic surgery, where science has developed the procedure to customize the human mind, raising the bar for human self-improvement. Set in a time when corrections become an affordable procedure, the choice to surpass one’s limitations or to embrace one’s natural identity is left to the individual to decide; wards of the state, such as asylum inmates, prisoners, and orphans, are the only exceptions.

“The Vigilante” is a film about Artemis, a boy genius who is thrown into state custody after tragically losing his parents. The other orphans eagerly await their neurological corrections in hopes for a better future, but Artemis doesn’t want one. Deprived of the rights of ordinary citizens, Artemis narrowly escapes to live on his own. At odds with a rapidly changing society, Artemis fears the direction of progress and takes matters into his own hands. Driven by nostalgia for the past and a disdain for correction culture, Artemis fights to preserve a world, to which he feels he has fallen victim.

Following the science-fiction tradition, The Vigilante merges Minority Report with Alan Moore's Watchmen, combining the trepidation, wonder, and excitement of both into an eerie, superhero-less, urban setting. It's a film that questions what is essential to being human, and what happens when you gain the ability to customize the human mind?