Overview: The Wild Wild West is an American television series Developed at a time when the television western was losing ground to the spy genre, this show was conceived by its creator, Michael Garrison, as "James Bond on horseback." Set during the administration of President Ulysses Grant, the series followed Secret Service agents James West and Artemus Gordon as they solved crimes, protected the President, and foiled the plans of megalomaniacal villains to take over all or part of the United States. The show also featured a number of fantasy elements, such as the technologically advanced devices used by the agents and their adversaries. The combination of the Victorian era time-frame and the use of Verne-esque style technology have inspired some to give the show credit for the origins of the steam punk subculture. 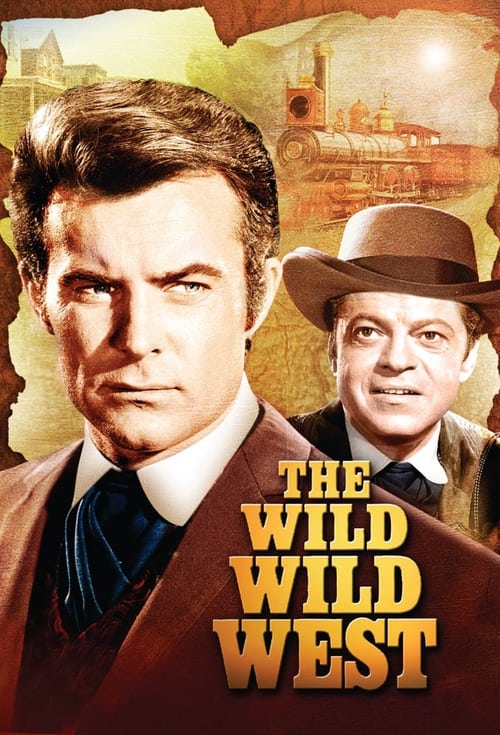 That's the basic pitch for The Wild, Wild West, and creator Michael Garrison not only got it on the air at CBS, but he kept it there for four seasons in the 1960s. Starring Robert Conrad (as the heroic James Bond West) and Ross Martin (as Artemis Gordon, master of disguise), Wild, Wild West cashed in on the Sean Connery/007 craze of the 60s with a kitschy mix of over the top humor and genuine suspense, especially when Mr. West had to do battle with his creepy, dwarf arch-nemesis, Dr. Miguelito Quixote Loveless (Michael Dunn).

Now, the entire series is available in one 27 DVD set -- coming Tuesday, Nov. 4. Watching a few episodes of this clever show from TV's by-gone cutting edge might wash the memory of that Will Smith debacle of a movie from a few years ago.

Staff member
Yes! I used to watch that shows in re-runs on Saturday afternoons while growing up! In the Philly area there was a UHF channel, WKBS-TV Channel 48, that had an afternoon block of kung fu movies, bad sci-fi & horror movies, and gems like Wild, Wild West and Black Sheep Squadron. That station is now long gone, and the shows it used to play now relegated to memory only.

If the price point on the DVD collection is low enough, I see at least one Christmas present for somebody in the family.

Writer
Black Sheep Squadron...now there was a show I always used to love to watch in re-runs...

Above: Show intro. Below: An early B&W episode with James West and his nemesis Lovelace.

he he he...that is nice ...used to watch it every saturday...was something awesome...

Dang it, I'm not remembering the 'evil magician' guy. Loveless was a great nemesis and I clearly remember the character but not the magician.

I never did pick up the DVD set. I'm thinking I need to either find out if any of the streaming services have it available or check out the current disc set prices.

E
Into the West