Only channels I need are Cartoon Network, ESPN, AMC. Other than that, Netflix works wonders for me.

And with that... I am starting Season 3.

Smoking Man starting to piss me off again, I remembered why I hated him.

Scully getting hotter as each episode goes.

ARG at Cancer Man! I'd find myself yelling at the scream because he pisses me off so much! Kudos for whoever did the Xfiles casting. Just wow! And oh my - I do have a bit of a redhead fetish

- Scully is beautiful no doubt. Like a fine wine she ages deliciously. It's a shame she's not a dude though LOL

Earliest show I have ever seen Jack Black in. The one with the boy who can get struck by lightening, and kill others with it. Interesting seeing others in this show, from so long ago.

I am one away from ending Season 2. Starting again now though... hehe.
Click to expand...

The only problem with netflix is they don't really have everything. I mean they hardly get new videos at least for streaming

I read on I09 that Fox is trying to bring back David Duchovny & Gillian Anderson for a new X-Files series.
http://io9.com/fox-wants-to-bring-back-the-x-files-david-duchovny-and-1680262280 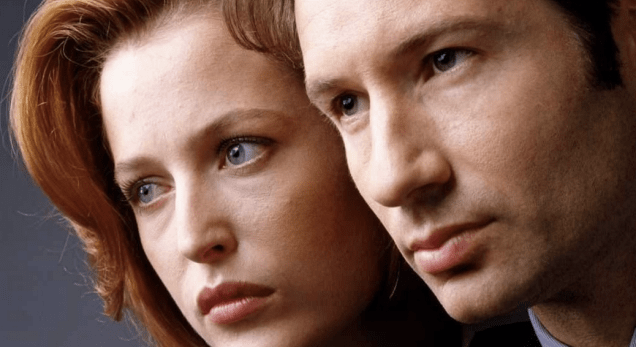 The article said:
Fox has confirmed that it is in talks to revive its iconic supernatural horror procedural, The X-Files.
Speaking Saturday at the Television Critics Association's winter press tour, Fox TV executives Dana Walden and Gary Newman said they've been in talks not only with series creator Chris Carter, but stars David Duchovny and Gillian Anderson, about the show's revival.
Click to expand...

I personally would like to see a series Like the X-Files but not a continuation of the X-Files. To me, the best part of the show was the oddity episodes, not the back-story about aliens. Give me an X-Files that explores the oddities and just throw in an ccassional alien episode for diversity. Make the agents and the X-Files a secret operation similar to the Men-In-Black type service. Make them fully funded and equipped with all the latest gadgets.

IMHO the proposed show would do better with some recurring/linking theme or long-term monster/threat.
* crazed genius with a zombie serum who must be tracked down and stopped before he obtains the materials needed for a megadose. a mineral found only in some meteorites, maybe.
* crazed archaeologist seeking to re-assemble a long-lost superweapon (possibly alien). The Main Villain might be a wealthy fantasist who wants to rule / change the world.
* obscure cult seeks to re-create or re-assemble weapon / device / formula to rule the world, or at least cleanse it of reprobates.
* instead of Aliens from Outer Space, the grays are subterranean. Stay out of old mine shafts!
* Main Villain is an obscure tech writer with his own web sci-fi fan site who is secretly writing code that will put all the world's computers under his control bwa ha ha.

screenersam said:
IMHO the proposed show would do better with some recurring/linking theme or long-term monster/threat.
Click to expand...

In the original series that threat was the impending alien invasion (which, to be honest, I got a bit confused at by the end as who which were the good guys & which were the bad guys).

For ideas about either cults or tech oriented villains, I think the Scientology group would work wonders for that role.

as I understood the X-files mythos, the evil aliens planned on subjugating humans with a black oil virus that would be spread by corn pollen. a group of powerful humans (the Elders) were negotiating with the evil aliens while simultaneously trying to deveop a cure for the bov.
complicating things was a group known as the 'faceless rebels' trying to sabotage the evil aliens' operations.
'Cancer Man' was one of the Elders. they were bad but trying to save us from worse.
Mulder was on to them but they feared that if they took him out his crackpot theories would gain credence and turn him into a sacrificial visionary, so they let him go and dicredited him as a paranoid whacko.

I enjoyed the non-linked episodes the most. The creativity to come up with something strange but plausible tweaked my interest. The Alien backstory was boring to me. I guess if I believed aliens of any kind would want anything on Earth it might have been interesting but I watched those episodes to see the technology and how they portrayed the alien look. I just can't get over that a species able to travel the distances it would require would have to rely on such meaningless methods, limited technology and humanistic motives.

Nature has a way of producing oddities. Exploring those oddities when they conflict with society norms is interesting in and of itself. A new X-Files should be just that...X-Files. Exploring not only natural oddities but also man-made unnatural results of experiments and stuff. If there must be a back story it needs to be in the form of something plausible. A secret agency trying to change the nature of our species comes to mind. An agency with a multitude of 'Think Tanks' with cutting edge science strewn across the continent. Places where human testing is secretly done. The back story could justify some of the more unnatural oddities Mulder & Skully discover. Just when they think they have closed the 'Think Tank' organization down for good a new oddity pops up elsewhere that leads to cluse of a more elaborate operation. Like a Hydra, For every head they sever two more appear.

What we will probably see is more of the same drivel and limited creativity.

screenersam said:
as I understood the X-files mythos
Click to expand...

Nice summary of the series! Thinking back to what I recall watching the show, that overview ties in nicely.

Tom said:
IT Based Mind Manipulation
Click to expand...

As somebody who works in IT, that already happens.

hey, Kev, didn't I read that exchange somewhere in the Bog thread?
Borg v Microsoft, clash of the titans...

The interesting part is that, these days, I'm not so sure Microsoft would still be considered a titan like it would've been 10-15 years ago. Sure, they are still worth a ton of money but when people talk about current tech titans it is usually Apple, Google, Facebook, and the such.

A conspiracy for a new X-Files would be if there was a consortium of tech companies who, in the public view, are competitors while secretly working together to build tech to fight off an alien invasion that is seeking to control mankind not through force but through willing participants of an always connected world. It's why we have crude virtual reality tech' today but the plugged in world of the Neuromancer will never come to pass.

So, yes, the current tech titans versus The Borg.

Update from I09
http://io9.com/you-can-believe-the-x-files-is-officially-returning-1693350830
THE X-FILES IS OFFICIALLY COMING BACK! Rinse out your black t-shirt with "I want to believe" on it, because it's freaking happening, people. Mulder and Scully are returning!!!!

Fox just issued a press release confirming the long-whispered return of The X-Files — and also confirming the return of David Duchovny and Gillian Anderson as FBI Agents Fox Mulder and Dana Scully.

It's been 13 years since the finale (and a couple of so-so films in between) and now Fox has re-ordered a six-episode X-Files run, with original showrunner Chris Carter.

In the PR release, there's lots of nice talk, like this bir from Carter saying he thinks of the hiatus as a, "...13-year commercial break." And as for what's in store, lots more weirdness as Carter seems pretty giddy about the state of scifi television today, "The good news is the world has only gotten that much stranger, a perfect time to tell these six stories."

I'll be interesting to watch to see if, after so many years, the 'chemistry' is still there between Duchovny & Anderson. Fox is being smart though by doing it as a 6-episode mini-series; if it is only watched by fans who are reminiscing about the original series then Fox can say it that revival was a one-time event but if it gains a whole new following of younger fans then it opens the door for more projects in the future.

True, Kinda makes me think that secretly they are just not so sure its a good idea yet.
I09 is like, way too excited.

The rebooted series is premiering January 24, 2016 on Fox. Fox has been putting out some teaser images & clips. This animated teaser should be used for the opening sequence!

sounds like the plot in the novel 'The Three Body Problem' (I haven't read it yet). apparently aliens infiltrate our web to prepare us for their invasion.

I finally had a chance to watch the reboot/limited-series (or whatever else it's being called), at least the episodes that have aired so far.