As Voyager 1 approached Jupiter in the 1970s, scientists expected the spacecraft to find a world not unlike our moon. Io, the innermost of Jupiter’s largest moons, is about the same size and mass as the moon. It seemed reasonable to predict Io would turn out to be a cold, rocky world studded with craters, too.

Instead, Voyager found a world alive with volcanoes. The first plume was spotted by Linda Morabito, an engineer on Voyager’s imaging team at NASA’s Jet Propulsion Laboratory, as she sorted through the spacecraft’s data. The photograph was the first evidence of volcanic activity somewhere besides Earth.

Today, Io is known to be the most volcanically active place in the solar system. The moon is teeming with hundreds of volcanoes, some of which can spew lava dozens of miles into the moon’s thin atmosphere of sulfur dioxide, a chemical compound that is sometimes used to preserve foods on Earth.

A number of different NASA spacecraft have flown by Io since Voyager and captured their own photographs of the moon. But one of the best views of Io is outside of the capabilities of the typical camera.

The photo at the top of this story shows Io in all its volcanic glory in infrared light, which the human eye can’t see, captured by the Juno spacecraft’s Jovian Infrared Auroral Mapper instrument. Each bright spot is the glow from a volcanic feature on the moon’s surface. The image was created by Roman Tkachenko, an amateur astronomer and music producer in Kursk, Russia, and one of the dozens of people who assembles raw data from the Juno spacecraft, which has been orbiting Jupiter since 2016, to produce beautiful photos of the planet and its moons.

Tkachenko took it a step further and identified the features, all 25 of them:

Io’s volcanism is the result of a phenomenon known as tidal heating. Io orbits between Jupiter and the planet’s other large moons, Europa and Ganymede. This configuration means Io is constantly experiencing the gravitational pull of both its parent planet and its sibling moons. The tugging heats up Io’s interior and melts rock to produce magma that spews out from beneath the surface when it can find a crack.

The magma, free to move over Io’s surface, pours into existing impact craters and buries them under a fresh new layer of rock as it solidifies. The flowing lava regularly renews the surface of Io, erasing the evidence of violent collisions that are permanently etched on the faces of other celestial bodies, like our moon.

The first images of Io from spacecraft gave no indication that the moon was rolling in volcanoes. Here’s the shot taken by Pioneer 11, one of two NASA probes launched in 1973 to study the asteroid belt between Jupiter and Saturn, at left. Pioneer’s instruments helped scientists to estimate Io’s mass, which then allowed them to determine the moon was made of mostly rock, not ice. 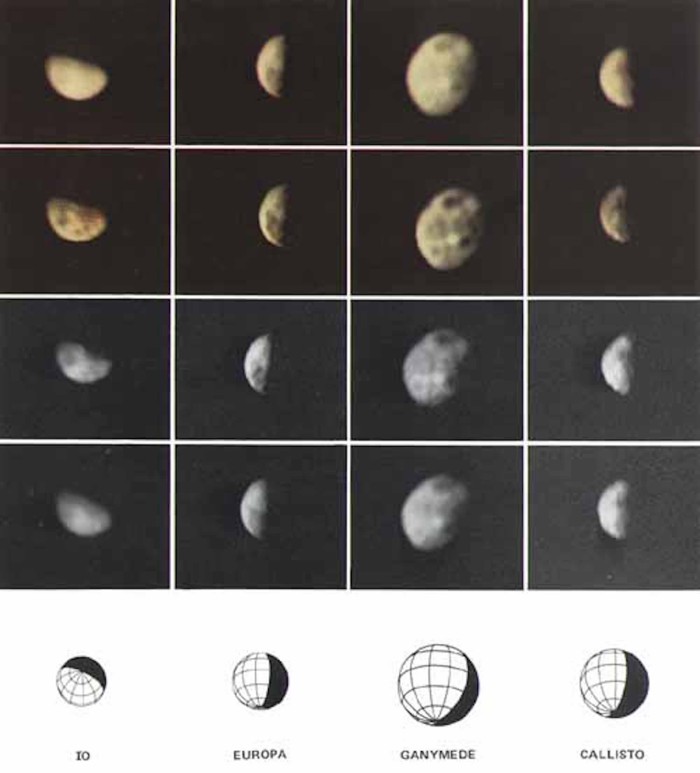 A few years later, in 1979, Voyager 1 caught one of Io’s volcanoes in action. “It was so remarkable it was almost shocking,” Morabito said in 2002, recalling her discovery of the plume. “I had expected yet another dead, [cratered] moon, and yet this seemed alive.” 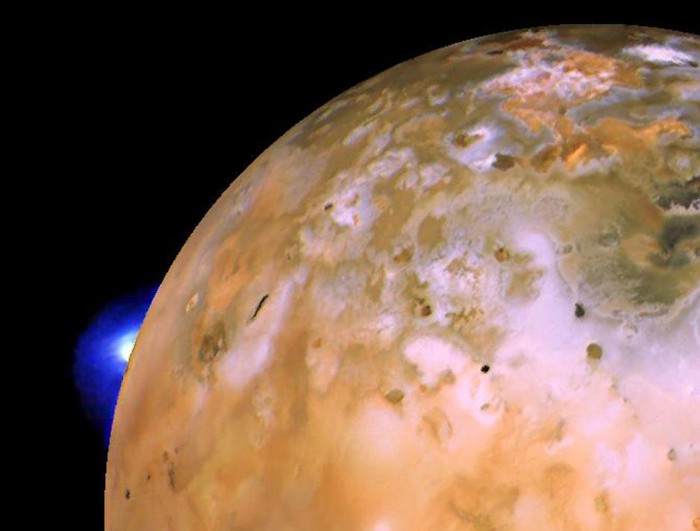 Other NASA spacecraft have documented Io since, including Galileo, which orbited Jupiter for seven years, Cassini, which orbited Saturn for 13 years, and New Horizons, currently on its way to a ring of icy objects beyond Neptune. Photos of Io in true color reveal a world of pale yellows and greens that resembles moldy cheese. Moldy, volcanic cheese.
Click to expand...

Well, looks like Io is out of contention for humans landing on it. I wonder if the heat from all of those volcanoes could somehow be used as an energy source though. There's a sci-fi idea.