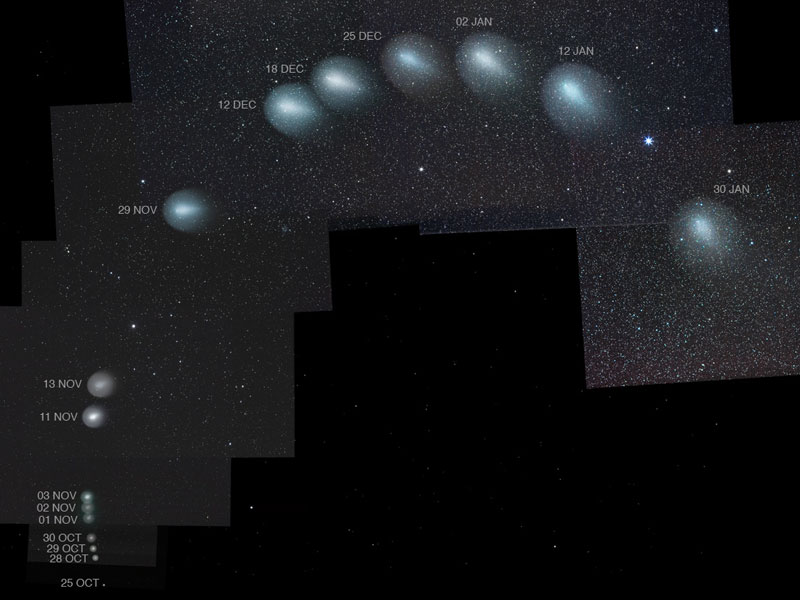 Explanation: How has Comet Holmes changed? Since brightening unexpectedly by nearly one million fold in late October, the last three months have found the coma of Comet 17P/Holmes both expanding and fading. This spectacular composite image shows how the coma and tail of Comet Holmes have changed. Due to Earth's changing vantage point, Comet Holmes, out beyond the orbit of Mars, was seen in November nearly head-on, but in recent months is seen more from the side. Additionally, the comet's motion, when combined with Earth's changing perspective, has caused the comet to have shifted relative to the background stars. The curved path of Comet Holmes shows it to be undergoing apparent retrograde motion as the Earth orbits quickly in front of it. The extent of the coma currently makes Comet Holmes over five times the physical size of our Sun. Anecdotal evidence holds that the comet is hard to see without long photographic exposures, but on such exposures the comet may still be an impressive sight.

Space Anatomy of a Busted Comet