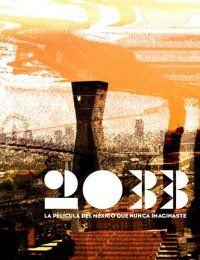 Quiet Earth said:
It is the year 2033 in Mexico City, now called Villaparaiso (Paradise City). A military government controls society, taking from it its religious faith and freedom of expression. The main characters are Pablo and a “hidden” priest, known as Father Miguel, who transforms his life. Pablo leaves his privileged life in order to aid the helpless and destroy this system which controls the people through an addictive drink called “Pactia.” In this way he fights alongside the “believers’ to bring down the regime. Along the way, he meets Lucía, who gives him a reason to live.
Click to expand...