Staff member
With the waters from the recent tsunami in the Indian ocean receding people are finding some strange creatures left behind that would normally only be found in deep water. Here's same recent findings.....

Some of them look like something you'd see in a sci-fi movie!

I have seen many of these before. Some are Quite new tho.Thanx for the pictures

I signed up for photo bucket
N

I can't see the pictures the url isn't working?

Isn't it interesting that we may possibly know more about whats on the surface of the moon, than we know about the floor of the Ocean?!? :o

i really hope they are dead before kids are finding them on the beaches, and that they aren't poisonous to the touch anyhow!

Mr Destructo said:
i really hope they are dead before kids are finding them on the beaches, and that they aren't poisonous to the touch anyhow!
Click to expand...

Good point, I hadn't thought of that. At the very least the fangs & claws on some of them could easily cut into a curious kid's hand.

I put 176 photos in my photo bucket for a family online album, WoW what a response! I get emails from family I havent heard from for years! Thanx For The Great Link Ken!
C

I can't see the pictures!!

Photo shows the Indian Ocean tsunami about to break over a city skyline.

Photograph shows a large pile of debris and corpses created by the Indian Ocean tsunami.

Photograph shows a satellite view of the Indian Ocean tsunami.

Your help is needed to identify a tsunami victim, a young girl who 'does not remember anything.'

Your help is needed to identify a tsunami victim, a young blond boy pictured lying in a hospital bed.
[/font][font=Trebuchet MS,Bookman Old Style,Arial]The URL for this page is Fauxtography Archives

As everyone knows, the tsunami in Southeast Asia was devastating both in the loss of life and economically to the region. However now that the clean up is underway in the region, deep sea creatures that live too deep to be studied are being found scattered throughout the wreckage. These creatures were washed up on shore when the waves hit.

Amazing what lives so far below the surface isn't it? It is ironic how terrible human tragedy and natural disaster can lead to unprecedented expansion of scientific knowledge.

The theory is the tsunami created enough vertical currents to sweep these deep living creatures to the surface quickly. The gases in their blood expanded rapidly causing death (like divers ascending too quickly).

Origins: It seems like any unusual or remarkable photographs connected with oceanic phenomena are being attributed to the Indian Ocean tsunami of December 2004, and this collection of pictures is more of the same.

Although they are genuine images of some rather strange deep-sea creatures, these photographs have nothing to do with the Indian Ocean tsunami. They date from mid-2003 and were taken as part of the NORFANZ voyage, a joint Australian-New Zealand research expedition conducted in May-June 2003 to explore deep sea habitats and biodiversity in the Tasman Sea. These photographs can be viewed on Australia's National Oceans Office web site.

I thought I'd seen some of those before!

Whoops, guess I missed this. Now I'm in the doghouse!

Are you still having problems?
C

I can open them now. 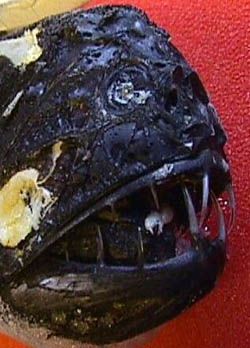 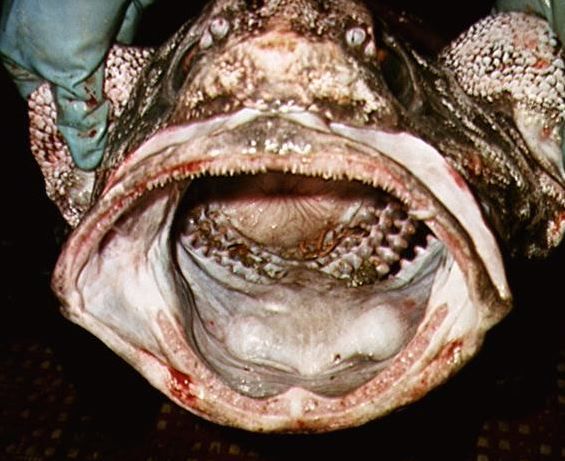 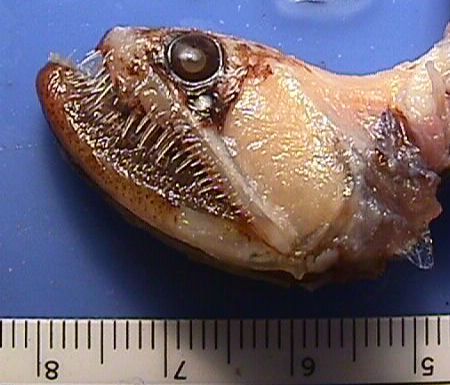