NASA Picture Of The Day
Tweetup at HQ 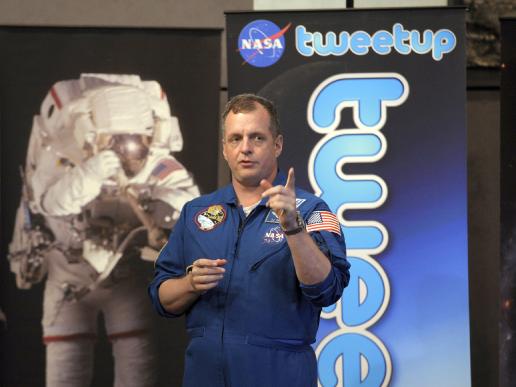 NASA astronaut TJ Creamer talks about his experience in space during a "Tweetup" at NASA Headquarters, Thursday, July 29, 2010, in Washington. Creamer, who spent 161 days living aboard the International Space Station as part of the Expedition 22/23 crew, set up the orbiting outpost's live Internet connection and posted updates about the mission to his Twitter account, sending the first live tweet from orbit. Image Credit: NASA/Paul E. Alers (More at NASA Picture Of The Day)

Space At Work in Space