(Article by Norman Byrd at The Inquisitr News) 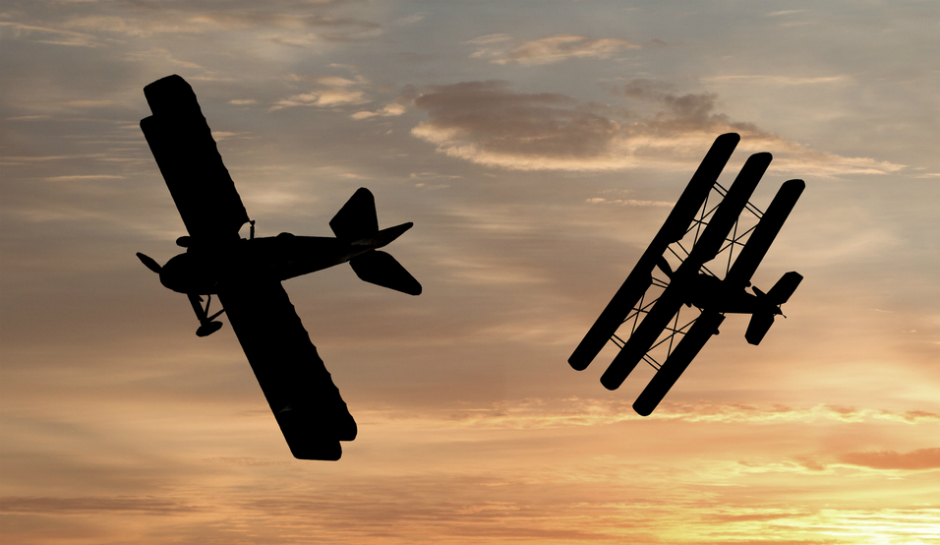 There comes a UFO (Unidentified Flying Object) sighting story out of the annals of history of the world famous Baron Manfred von Richthofen, the World War I German fighter ace. The tale claims that the feared pilot, who shot down a confirmed 80 Allied fighters during the Great War, also shot down a UFO. And if that wasn’t strange enough, the witness, a fellow pilot, stated that the downed object was indeed some sort of spaceship because aliens exited the spacecraft.

A Yahoo News blog uncovered the story from the Austrian website, OE24, where the German-language site offered up the tale from German fighter pilot, Peter Waitzrik, a contemporary of Baron von Richthofen, who claimed to have witnessed the World War I UFO encounter. According to Waitzrik, he saw the Red Baron, so called due to his flying a bright red Fokker triplane, engage and shoot down the strange object over Belgium in 1917.

“We were terrified because we’d never seen anything like it before. The Baron immediately opened fire and the thing went down like a rock, shearing off tree limbs as it crashed into the woods.”

But that wasn’t all Waitzrik saw. Nor did he doubt that what he had witnessed was some kind of spaceship because two small aliens escaped the craft and disappeared into the surrounding forest. They were never seen again.


“There’s no doubt in my mind that the Baron shot down some kind of spacecraft from another planet and those little guys who ran off into the woods weren’t Americans, they were space aliens of some kind.”
​
The UFO dogfight story can be found in Nigel Watson’s book, UFOs of the First World War. The World War I fighter pilot also gave an interview with the American tabloid, Weekly World News, where he recounted how he and the Red Baron reported the incident to their superiors.

The two fighter pilots were told “not to ever mention it again” and so, except for telling the story to his wife and grandchildren, he “never told a soul.” But Waitzrik, 105 years old at the time of the interview and a retired airline pilot, added that telling the story could hardly make any difference, given that 80-odd years had passed.

Waitzrik said that when they first saw the UFO, they thought it was some sort of new aircraft invented by Americans because the United States had just entered the war on the Allied side. He admitted that he remained convinced that the craft, which he described as a glittering, silver, upside-down flying saucer, was American until a couple decades later when a flying saucer scare erupted in the 1940s. (It is not clear regarding his thoughts on the small guys that escaped the downed craft, possibly relegating them to being very small airmen.)

The “scare” to which Waitzrik is likely referring was the result of German pilots during World War II reporting strange craft, glowing objects, and other flying phenomenon in the skies around them during missions. Although the sightings were attributed to being experimental aircraft of the enemy, it was later revealed that those enemy pilots were experiencing phenomena of the same variety and also attributing their construction to the German military, which had already produced the V-1 and V-2 rockets and the Messerschmidt jet, firsts of their kind.

So was the UFO shot down by the Red Baron his 81st kill of World War I?


UFO hunter Scott C. Waring, who operates UFO Sightings Daily, has stated he could see how the Red Baron might have been able to take down the alien craft.

“Its possible,” he wrote on the subject, “that the Red Barons two front machine guns could have damaged not the UFO, but the airier antenna on the top center of the craft. If this antenna was hit by the Baron, then yes, a UFO would lose control and be forced to land to make repairs.”

Waring claimed to know that an antenna on a flying saucer UFO could have significance regarding its ability to be steered because of Bob Lazar, the self-described nuclear engineer who worked at Area 51 in the 1980s until he was dismissed. Lazar became famous in 1989 when he became a whistleblower, outing Area 51 not as just a military facility working on experimental aircraft but also as a testing center for the reverse engineering of alien spacecraft, which he claimed to have seen and boarded.

But was it a UFO that Baron von Richthofen and Waitzrik encountered? Or could it have been something else? And since neither the UFO shot down by the Red Baron during World War I or the diminutive aliens were ever reported recovered, could it be that perhaps repairs were actually made?

UFO Shot Down By Germany’s Red Baron In World War I: Aliens Escaped Downed Spacecraft, Pilot Recalls is an article from: The Inquisitr News

End of the World: Investigated by Jesse Ventura

Aliens The Met museum rooftop has been invaded by aliens