Tagline: Some things are only revealed by accident.

Plot: An ordinary man makes an extraordinary discovery when a train accident leaves his fellow passengers dead — and him unscathed. The answer to this mystery could lie with the mysterious Elijah Price, a man who suffers from a disease that renders his bones as fragile as glass. 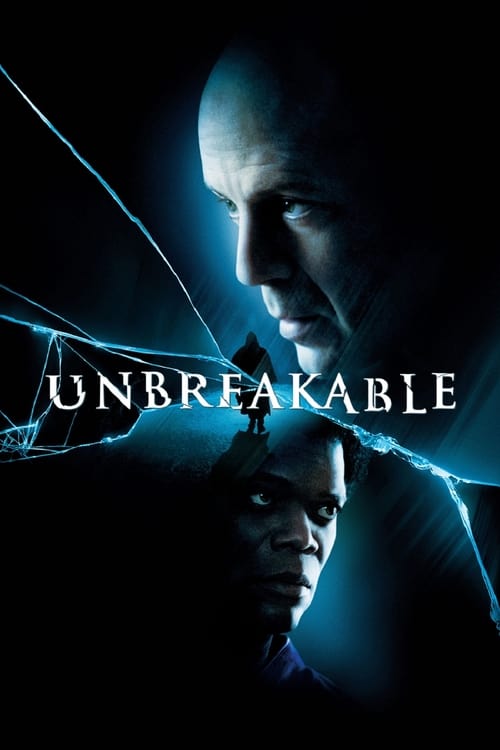 Samuel L. Jackson, M. Night Shyamalan On The ‘Unbreakable’ Sequel That Never Was, But Might Be

Love his work or hate it, there’s no denying that M. Night Shyamalan always seems to be one step ahead of the curve with his films — from the twist no one saw coming in “The Sixth Sense,” to finding new ways to scare the felgercarb outta moviegoers with “Signs” and “The Village.” And he was even years ahead of the current comic book movie boom (for better and for worse) when “Unbreakable” hit theaters back in 2000.

So that being said, is it time for Shyamalan to take a step back for a change and revisit his superhero/supervillain film with a sequel, given the rampant popularity of the superhero genre?

“I tell you I get asked about it all the time, so it’s not [an idea] I ever forget,” Shyamalan told MTV News. “I genuinely just asked this question the other day — should I make ‘Unbreakable 2’?”

If Shyamalan does indeed decide to revisit “Unbreakable,” he’ll have at least one of the original film’s stars ready and willing to join up — Samuel L. Jackson, who played the very-breakable villain, Elijah Price, in the movie.

“Every time I see [Shyamalan], he says, ‘I’ve written this thing for you,’ so I say, ‘why are you always doing these movies I’m not in?’” said Jackson.

According to both Shyamalan and Jackson, “Unbreakable” was originally intended to be a trilogy, but a series of bad reviews as well as fan and film critic misconception of Shyamalan’s work quickly tabled the idea of a possible franchise. As Jackson put it, “He was a victim of what Quentin [Tarrantino] was a victim of. ‘Jackie Brown’ is a great movie, but it’s not ‘Pulp Fiction 2.’ ‘Unbreakable’ is a great movie, but it’s not ‘I see f**king dead people.’”

Likewise, Shyamalan has his own take on the lack of a sequel. “I made the mistake of getting caught up in the hype of the immediate reaction of the movie, which, experience has shown me, is not accurate to any of my movies,” he explained. “And If I had been more confident and said ‘I believe in that movie, I love that movie, and I should just go start writing the second one,” that would’ve been the right move. I’ve still been thinking about it a lot and wonder if it’s too late.”

Shyamalan even sat down with Jackson during the film’s production to discuss where his character could and would go had the film spawned a sequel.

“Back then we talked about what the rest would entail,” recalled Jackson. “I broke out of the mental institution. I’m out there doing stuff and ["Unbreakable" co-star Bruce Willis' "David Dunn" is] after me. It’s very cool. He still wears that rain thing, that windbreaker.”

So the idea seems to be there, and Jackson’s ready to break out the funky hair-do(n’t) and purple suit, so — bottom line — will we see an “Unbreakable 2,” Mr. Shyamalan?

“I do love the [comic book movie] genre, I just wanna make sure that I’m able to express who I am,” explained Shyamalan. “I don’t want to get so lost in the subject that I have to neuter everything that’s me in it, so maybe ‘Unbreakable’ is the comic book thing I should do — I keep coming back to that.”

We’ll take that as a solid “maybe.”

So where do you stand, loyal readers? Would “Unbreakable 2″ be able to compete against the established superheroes? Or is Shyamalan better off keeping the franchise dormant? We wanna hear from you in the comments.
Click to expand...

I did not know that Unbreakable was envisioned as a trilogy!

Having seen the movie several times now, I think it is one of those films where on first glance it might be easy to dismiss, especially watching it right at The Sixth Sense. But watching the movie now, well after Sense, and not in context with the rest of Shyamalan's works, it stands on its own as an adult comic genre movie.

The sad part is that if a sequel is made, it will never make the kind of money that Sense did and since that is what the studios are expecting, the sequel would be seen as yet another "failure" on Shyamalan's behalf.